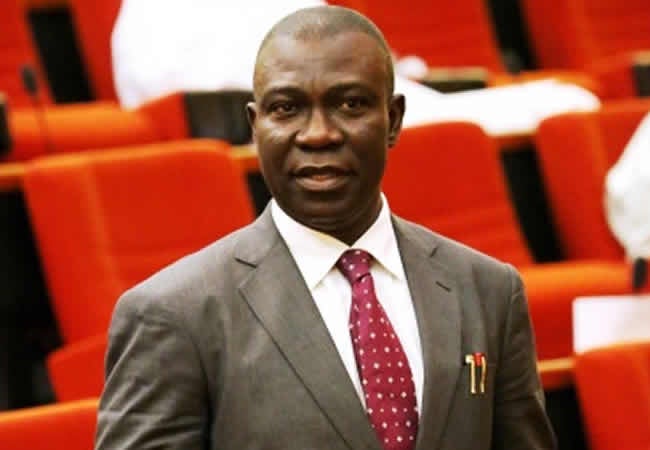 The South-East caucus in the National Assembly over the weekend protested against the exclusion of projects in the region from the recently approved $22.7bn foreign borrowing plan of the federal government approved by the senate.

Senator Ekweremadu told journalists after their meeting with Lawan and Gbajabiamila that the outcome of their meeting with the two principal officers was fruitful, stressing that the National Assembly leadership has not only shown concern over the marginalization but also showed commitment to addressing the anomaly.

“We are here to share with you some of our concerns. You recalled that in the last assembly, the government presented a borrowing plan and for some obvious reasons, especially issue of exclusion, it was not taken. So this has been returned in this present assembly recently and regrettably, the senate approved the borrowing plan, which excluded the whole of the south-east.

“We like to use this opportunity to thank our colleagues who were in the chamber that day, especially Senator Enyinnaya Abaribe who made spirited effort to get the matter addressed, the issue of the equity and equitable distribution.

“Most of us were not in the chambers. I was in Lagos attending the INEC retreat on electoral reforms and most of our colleagues were in one national function or the other. We commend him for the efforts he made and other of our colleagues who were there during the conversation.

“We met as a caucus of the South East national assembly over the weekend after consulting with our people and getting their feelings regarding this issue. We decided that the best approach would be a constructive engagement with the national assembly leadership.

“So this (Thursday) afternoon, we had a very good conversation with both the Senate President and also the Speaker of the House of Representatives. We are here to report that we had meaningful discussions.

“They showed not only concern but a commitment to addressing these issues and we are satisfied with those assurances and believe that the matter will either be revisited or since it has not been passed in the House that the appropriate thing will be done and then our peoples fear will be assuaged.

“We would like to thank the Senate President and the Speaker of the House of Representatives for those assurances and commitment to national unity of this country and also justice to all parts of the country,” he said.

Ike Ekweremadu further stated that equity should be the way for the country to make any meaningful progress. He, therefore, opined that they (NASS South-East Caucus) are committed to this equitable distribution of the loan facilities.

He noted that every region of this country will definitely be parts and parcel of the loan repayment, therefore, it should also be wise for them to participate in the sharing of the loan too.

According to him, “Our thinking is that what the Federal Government presented was the borrowing plan since it is still a borrowing plan, there is an opportunity for us to look at the distribution so that every part of Nigeria will have a sense of belonging with the way the loan would be managed. Because we believe ultimately that, every part of Nigeria will be parts and parcel of the repayment.

“So, if we are going to be parts and parcel of repayment, it makes every sense that we should also benefit from the utilization of those funds and we are concerned about the certain facility including the eastern corridor railway from Port Harcourt to Maiduguri, he said.

The group also said that it is concerned about the provision of access to the sea for the south-east; developing seaports in the area and power projects, adding that by the time the matter is addressed some of the fears of their people would have been addressed and their own concerns will also be addressed.

However, the group also informed that the leadership of the National Assembly showed concern and have agreed to address it as soon as vacancies occurred in all these positions.