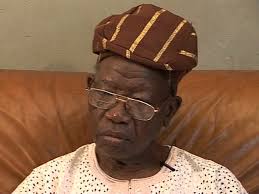 Unarguably the best governor ever in Lagos State in terms of achievements and lifestyle, Chief Lateef Jakande has contributed greatly to the state transport. Check his bio & achievements below!

1. Who is Lateef Jakande?

The about to be 90 year-old Chief Lateef Jakande was the first democratic governor of Lagos State.

Before he rose to the position of the governor, he was a journalist, who later became editor-in-chief of the Chief Obafemi Awolowo owned Tribune.

He later went into politics and became an active member of the Unity Party of Nigeria (UPN) founded by Chief Obafemi Awolowo.

With the backing of Awolowo, he contested for the position of the executive governor of Lagos State in 1979, which he emerged victorious. During his tenure as Lagos State Governor, he executed the four cardinal UPN’s programs.

2. Lateef Jakande contributions to Lagos
2.1. General achievements
Due to his policy of administration and his personal philosophies, became known as the younger version of Obafemi Awolowo, most especially in terms of wisdom and principle. Consequently, he was widely regarded as “Baba Kekere” (young Awolowo).

It was his tenure that founded singular school system and quality free education in the state. However, those who benefitted from this policy are currently holding key positions in every part of the country and world at large.

11,729 classrooms were constructed with forty children maximum per class between March and August 1980 in his government. Afterwards, he had built more than 22,000 classrooms by 1983.

>>> The previous governor of Lagos has also contributed greatly to the development of the state: Governor Akinwunmi Ambode transportation projects: A legacy to be remembered

He was regarded as Baba Kekere and strongly linked to Awolowo in terms of vision, philosophy and wisdom

The Water Management Board and construction Adiyan Water works were established and implemented during Jakande’s regime. This construction led to increase in water supply to 18.16 million liters every day.

Iju Works, which had its first commissioning in 1915, was expanded and modernized by his government. At the time, they were able to generate 204 million liters per day from the usual 159 million liters.

During his reign, the Electricity Board for Rural Electrification, which brought street lights, was established.

In July 1980, the government of Lateef Jakande took over the financing and ownership of Lagos State Printing Corporation. The first State Traffic Management Authority was also founded.

The small scale industries credit scheme, which preceded EKO Bank, was also among the illustrious establishments under his regime. Infact the LASACO Insurance was founded by his administration.

General Hospitals located at Ikorodu and Gbagada were built and completed with additional 20 heath centers in the state.

Although the military disbanded the local government council, 23 of them were founded by Lateef Jakande administration before military coup.

>>> Meanwhile, there remain many traffic laws that need enforcement from current government: 10 Lagos road traffic laws yet to be enforced by the government till date

He was responsible for the construction, resurfacing and rehabilitation of popular roads such as Toyin Street in Ikeja, Oba Akran Avenue, Town Planning Way, Epe/Ijebu –Ode Road, Alimosho-Idimu-Egbe Road, Victoria Island Road, New Secretariat road, among others.
Under his administration, the giant car crusher was acquired and commissioned. The intention was to use it to crush derelict vehicles in the state. The giant crusher is capable of crushing 45 cars in a day.
Lateef Jakande administration founded Asphalt factory for the Public Works Department, which is now known as Lagos State Public Works Corporation (LSPWC0. It was established to promote consistent maintenance of road.
“Baba Kekere and Itafaji”, two commercial boats were inaugurated by the government in July, 1983. This was to launch the beginning of ferry services in Lagos State.
He was responsible for the establishment of first state Traffic Management Authority (Road Marshal).
He was the first administration to conceive the idea of metro-line system in the State before it was canceled by the then military rule of Buhari after seizing power.
3. Lateef Jakande modest lifestyle
He led by example living a very modest lifestyle. He refused to stay in the elaborate comfort given by the governor official residence. He lived at Ilupeju, where his private residence was. He also used to drive himself to work in his Toyota sedan.

Till date, he stays in the same private residence in Ilupeju, away from the glamour usually accorded to the status of a governor.

Many consider his achievements as the greatest in the history of the state.

Final note
With all these achievements in transportation sector and all other parts of the states, Lateef Jakande contributions, principles, philosophies and administration are really worthy of emulation by other public office holders in the country.