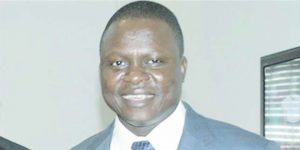 The alleged defection of the former Managing Director of Niger Delta Development Commission, NDDC, Mr Timi Alaibe from the All Progressive Congress, APC, to the Peoples’ Democratic Party, PDP, has been described as a big loss to the APC family.

A prominent member of the party, Dr Piriye Monday made this known in Yenegoa, the Bayelsa State Capital, during an interview with newsmen.

Dr Piriye who is the coordinator of APC Solidarity Alliance described Mr Alaibe, as a big wig of APC who, nobody in his right senses will want to lose in his political organization.

‘’Therefore anyone who claims to be jubilant over his defection is but showing off crocodile smile”. He added

Tmi Alaibe is one of those political big wigs whose membership in APC gave  the ruling party  some commanding influence in Nigeria. Having him belong to our party is a big plus and I must confess that we will miss him dearly.’’

This is contrary to insinuations emanating from a phantom group ‘Bayelsa APC Forum’, that the party will not lose sleep over his exit from APC. In contrast Alaibe is a political colossus with a formidable team of supporters cutting across the entire geopolitical zones.

‘’That he is not a big loss to APC is not true. APC family is in troubled for his alleged defection to PDP. This may signal many more loses to it,’’ Barr Andrew Luke, a non-partisan legal luminary, reveals.

‘’APC should rather be crying for losing a noble character like Alaibe with immense pedigree, tested at sundry times. While PDP, on the other hand, should celebrate, counting it a big plus to impact on its electoral chances as he might be moving in with his sea of supporters who cut across the entire federation,’’ Barr Luke added.

Alaibe is such a political colossus with immense clout no body faults his electability or usefulness. He is committed politician, a game changer if you like. Let the PDP embrace him with his army of supporters.’’