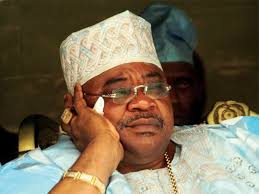 Contrary to news that the former governor of Oyo State and governorship candidate of the Action Democratic Party, ADP, in the forthcoming governorship election, Chief Adebayo Alao-Akala has collected a N6 billion bribe from the APC chieftain, Asiwaju Bola Ahmed Tinibu to deliver block votes from Ogbomoso axis to the ruling All Progressive Congress, APC, Chief Akala has denied collecting N6 billion naira bribe from no one.

Earlier in a phone chat with our Correspondent, Chief Alao-Akala, described the rumour as fake as he collected no such sum from Bola Tinubu, nor ever negotiated the sum down to N1billion with N500m forwarded to him as an advanced payment with the balance to be paid after the governorship election.  Chief Akala describes the rumour as malicious, even as it is baseless without substance, ‘’absolutely fake.’’ The former governor promised to go to any length to clear his name.

He said his decision to yield to the advice of Asiwaju and endorse the APC candidate was purely for the best interest of Oyo state and Ogbomoso in particular and called on the people to vote for APC.

Meanwhile, a civil society group, Oyo Democratic Frontiers, ODF, in solidarity with Chief Alao-Akala, has also debunked the bribe allegation, describing it as most unfortunate. ‘’Chief Akala isn’t the type that collects bribe to sell his state, it reveals.’’

ODF added: ‘’never on any occasion did Chief Alao-Alaka, for want of bribe, meet any political chieftain to negotiate the soul of Ogbomoso as being peddled, describing the rumour as the handiwork of mischief-makers bent at tarnishing other peoples’ reputation.’’ It described the former governor of Oyo State as too gentle and honest a man to involve himself in a deal that will destroy his hard earned reputation. ‘’He is a man of integrity who will not reap where he did not sow,’’ the group further reveals.

In a press statement made available to newsmen and signed by one Barr. Ajayi Olufemi, ODF vowed to go to any length in defence of former Oyo State governor ‘’whose integrity from when he was governor of Oyo State we can vouch for.’’ It warns elements peddling the fake rumour to desist from doing so, more so now that he has decided to pitch tent with Adebayo Adelabu of the ruling APC.

It further called on the people of Oyo state and Ogbomoso in particular to continue to exercise loyalty to Chief Akala’s political directions as he always means well for his people.

‘’All of this is being orchestrated by his political enemies. It is not true he collected whether N1billion or N6billion bribe to sell off Ogbomoso to APC. Chief Alao-Akala is a man of integrity, says an insider who refused to have his name in print. Also PA to Chief Alao-Akala, Mr A. Idowu, in response to the N6billion bribe allegation levelled against his principal, asked everyone to discountenance the rumour, saying it contains no aura of true but a fabrication of falsehood.  He then pleaded with the good people of Oyo State to continue to believe in his principal, saying he remains the most honest and God fearing governor the state has ever had.

He warned the people to desist from peddling fake rumour in their own interest.