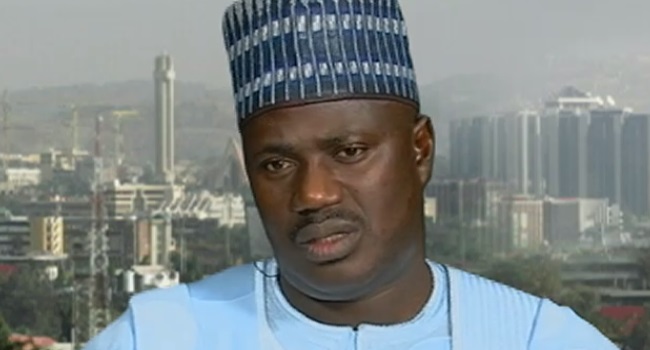 Senator Aliyu Sabi Abdullahi, representing Niger North district at the senate, the sponsor of the controversial prohibition of hate speeches bill on Monday revealed that he has received threat messages from Nigerians since he introduced the bill on the floor of the Senate.

Abdullahi, a Deputy Chief whip of the Senate, said that the proposed bill was not meant to favour any other reason except that to curb the level of hatred among Nigerians which has led to the death of innocent Nigerians who have died as a result of ethnic and religious crisis across the country.

The senator representing Niger North made the disclosure at a press conference in Abuja, while stressing that the bill is not meant to pave way for President Muhammadu Buhari’s alleged third term agenda as most people are insinuating.

“In the last 10 days since the bill scaled first reading in the Senate, I had received a lot of text messages from Nigerians including outright threats to my life.

“Although some of the people commended me, others were threat.

“Many people have turned me into a monster and others have demonized me as the sponsor of the Hate Speech Bill but I am not moved nor boarder because I know that my intentions for the bill are purely for the masses” Abdullahi said.

Contrary to perception in certain quarters, the lawmaker said the Bill is meant to check what he described as abuse of the nation’s faultiness of ethnicity and religion to cause crisis.

He however vowed to go ahead with the Bill, saying it is in line with his constitutional responsibility as a lawmaker to initiate and make legislation for the order and good governance of the country.

He maintained that “for those who think their ludicrous assessment that the Hate Speech Bill is meant to give the current President Muhammadu Buhari a third term, it is not true,” Abdullahi stated.

Continuing, he bemoaned that many Nigerians who have criticised the Bill merely jumped the gun by reaching conclusions before reading the bill.

“For those shouting and using words that by every definition are Hate Speech, let them be guided,” he noted.

“People said that the Bill is to prevent free speech. This is far from the truth. Very soon I will lead the debate for the Bill to be read a second time on floor of the Senate”.