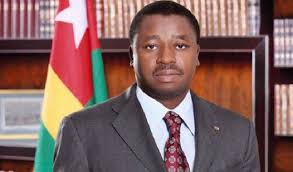 Political tension is brewing up in Togo as at least three people, including an 11-year-old, were killed on Saturday in civilian protests against plans by the Togolese government to elongate its tenure through the backdoor.

Faure Gnassingbé has been President of Togo since 2005, taking over from his father Gnassingbé Eyadéma, who had just died aged 69 after being President for the 38 years between 1967 and 2005.

This means the Gnassingbés have ruled Togo for a combined 51 years already. The latest attempt to illegally elongate Faure’s tenure has sparked protests in parts of the West African country, which government forces have tried to quell by shooting at civilians.

A Togolese who witnessed the protests told newsmen about the anguish of the people.

“Today has been a very chaotic day filled with lot of violence in Togo. I am devastated as I am writing this now,” she said in an email.

“The regime deployed heavy military forces against civilians protesting against their plans to hold rushed legislative elections on December 20th, which will help them consolidate power and pass a constitution that will let the President seek a fourth term come 2020.

“The opposition is boycotting the elections and called for massive street protests all over the country. The regime banned the protests violating our constitution which guarantees freedom of association.

“They have been shooting live bullets at civilians wounding dozens and killing three today, including an 11 years old boy. We have information that the upcoming days will get worse if the regime doesn’t stop the violence and I am very concerned for Togo.

“We have also been informed the regime plans to arrest the leaders of the opposition parties who called for the protests and if that happens, the country will fall in a severe crisis. This is December where families are meant to come together to celebrate the end of the year but in my country families are mourning their children killed by a bloodthirsty regime that has been imposing themselves on us for 51 years. It hurts so much and no matter how hard I try, I can neither help the tears nor contain the anger.”

Before taking over power in 2005, Faure, 52, was appointed by his dad as Minister of Equipment, Mines, Posts, and Telecommunications between 2003 to 2005.