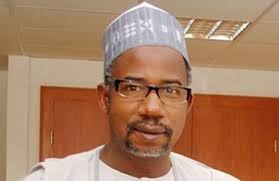 The attention of the Coalition of Civil Societies and Media Executives for Good Governance in Nigeria(COCMEGG), has been drawn to the illegal, mendacious, unpopular and vile attempt by the incumbent governor of Bauchi State Mohammed Abubakar and the ruling party APC in the state to truncate the will of the people by using back door judicial process to thwart the popular will of the people who voted massively for the PDP candidate Senator Bala Mohammed on the 9th of March during the 2019 gubernatorial elections.

In a press statement made available to journalists in Bauchi by the Secretary of the COCMEGG, Comrade James Okoronkwo and Publicity Officer Mr. Gabriel Gwajime, the duo lamented that the APC candidate and governor of Bauchi State Mohammed Abubakar in utter contempt and disregard of the Electoral Act ran to the Federal High Court, Abuja, presided over by Justice Inyang Ekwo to stop the Independent National Electoral Commission (INEC) from collating the results of Tafawa BAlewa LGA against the will of good people of Bauchi State who voted him out of office recently. It is an incontestable fact that only the Election Petitions Tribunal is lawfully empowered to entertain all matters relating to the collation and announcement of election results. We maintain that the court action by the incumbent governor was targeted at stopping INEC from performing her lawful duties and that none of the voting populace of Bauchi state will be disenfranchised in the elections having concluded it.

Furthermore, COCMEGG stated that contrary to the APC candidate in his submissions, the power to conclude the collation from Tafawa Balewa LGA was based on figures that were contained in the duplicate of the result of the election and since INEC has resolved to collate the results, only an Elections Petitions Tribunal has the constitutional power to review the decision.

The group maintain that the governor of Bauchi State having lost the elections due to his high-handedness and obtuse politics, the people of Bauchi State overwhelmingly decided to vote him out of office for his anti-people programs and policies. Gov. Mohammed Abubakar is not in touch with the grassroots; he is elitist and has virtually no projects on ground to show for his wasted years in office.

Concluding, COCCMEGG is therefore urging the judiciary not to be used in mortgaging the future and aspirations of the good people of Bauchi State who has amply demonstrated their revulsion against the misrule of Muhammed Abubakar.