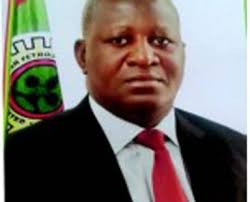 The arbitral proceedings was instituted by the Claimants (Atlantic Energy Drilling Concepts Nig. Ltd and Atlantic Energy Brass Development Ltd) on August 15, 2016, with the NPDC as Counter-claimant.

The Tribunal affirmed all the submissions of lead counsel to NPDC, Professor Fabian Ajogwu, SAN, FCIArb of Kenna Partners that Atlantic Energy were indebted NPDC for failure of Atlantic Energy and Atlantic Brass to perform their financial obligations under the respective Strategic Alliance Agreements (SAAs).

NPDC had entered into several Strategic Alliance Agreements with Atlantic on April 20, 2011, May 25, 2011 and 2012 for the development and production of hydrocarbon resources with respect to OMLs 26, 30, 34 and 42 (Forcados Assets) and OMLs 60, 61, 62 and 63 (Brass Assets). The Strategic Alliance Agreements, created obligations for Atlantic to remit to the government the revenues from the crude oil lifted.

Ajogwu in his submission relied heavily on the KPMG Audit Report of the crude oil liftings in OMLs 26, 30, 34 and 42 (Forcados Assets) and OMLs 60, 61, 62 and 63 (Brass Assets); and dwelt on the principle of avoidance of unjust enrichment by the Atlantic Energy of the petroleum assets of the Government owned NPDC.

The landmark decision is one of the single largest Awards ever in a Nigerian Arbitration and also settles the question of impact of non-payment of signature fees on lifted crude oil as well as the principles of Unjust Enrichment in Crude oil lifting and recovery.

Furthermore, the significance of this Arbitration to Nigeria which depends mostly on crude oil for revenue generation and economic development is enormous for the Nigerian economy which is heavily dependent on crude oil revenues.

Analysts believe that the award on lost crude oil revenues may strengthen the resolve of the Nigerian Government in its drive to recover other lost or stolen crude over the years.