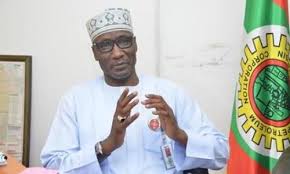 Presidenuhammadu Buhari has appointed Mr. Mele Kolo Kyari  as the new Group Managing Director GMD of the Nigerian National Petroleum Corporation, NNPC. He replaces Dr Maikanti Baru who is due for retirement.

Ughamadu noted that the new GMD and the others appointed would work alongside the existing officers in the same position until 7th of July 2019.

“However, the appointment of Mr. Farouk Garba Said (North West), who is replacing a retiring Chief Operating Officer, is effective from 28th June 2019,” Ughamadu said.

Until his new appointment, Kyari, a geologist, was Group General Manager, Crude Oil Marketing Division of NNPC and also doubled, since 13 May 2018, as Nigeria’s representative to the Organization of the Petroleum Exporting Countries, OPEC.