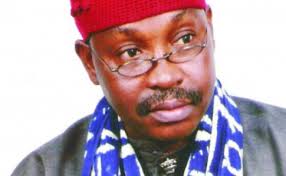 President Muhammadu Buhari has approved the appointment of Orji Ogbonnaya Orji as the Executive Secretary of the Nigeria Extractive Industries Transparency Initiative (NEITI).

Mr Orji replaces Waziri Adio who is completing a five-year term on Thursday as the head of the nation’s extractive industry watchdog.

Mr Orji was until his appointment the Director of Communications and Advocacy at NEITI.

He previously worked with the Federal Radio Corporation of Nigeria and the United Nations Development Programme (UNDP) before jointing NEITI in 2010.

He holds MSc degree and PhD in Political Economy and International Development from the University of Abuja.

NEITI was established in 2003 to ensure transparent management of extractive resources in the country.

Mr Orji until his appointment was the most senior Director in charge of Communications and Advocacy in the agency.