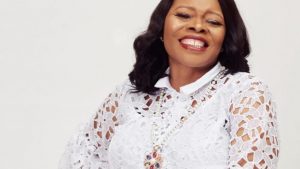 As preparations for the state Congress of the All Progressives Congress (APC) in Lagos state hits top gear, a front-line aspirant for the Party Chairmanship seat in the state, Mrs. Beatrice Omotayo Tugbobo has called for consensus in the APC state congress to avoid fragmenting the party.

In a press statement her Media Consultant Mr Ambrose Inusa Sule made available to journalists in Lagos Monday, Mrs Tugbobo commented thus while reassuring her burning desire to take the state chapter of the party to enviable height from where Tunde Balogun led Exco left it if elected as the state chairman.

“As the All Progressive Congress, APC conducts its state congress across the Nation on Saturday 16th October, 2021. Lagos State the Centre of Excellence is not left out in this all important exercise. As expected, one of the very notable, erudite and indefatigable grassroots politicians Hon. Mrs. Beatrice Omotayo Tugbobo is strategically poised to take the party to a higher level if elected as the state chairman of the Party” the statement read.

It further stated “The front-line politician Mrs. Tugbobo, a grassroots politician and a community leader with vast experience, has assured Party faithfuls that she will turn around the fortune of the party if elected as Chairman, pointing that It is expected that being a female candidate she will use her expertise to revive the much needed spirit of patriotism and bring about stability”.

The statement added that Mrs. Tugbobo parades a rich and intimidating professional and political
Profile; she was once the Chairman of Mushin Local Government. Quoting her the

“I am bringing my wealth of expertise, experience, contacts and motherly touch to further advance the political fortunes and causes of the Lagos State Chapter of our great party the APC,
without leaving any member behind”.

Widely regarded as a bridge builder, Beatrice Omotayo Tugbobo who is arguably the candidate to beat has further assured Party faithfuls to change the “status quo” by carrying everyone along in the process of the party’s business and processes.

Expectedly, the race for the APC chairmanship is gathering momentum as Mrs. Tugbobo is strongly backed to win the coveted position because Lagosians are anxious to elect people with vision and purpose who will steer the Party to greater heights and ensure that the younger generation will have
something to look up to.

Hon. Tugbobo represents that new generation of leaders who are focused, detribalized and creative. She is an advent believer in the consensus arrangement being preached by the Chairman of the Caretaker Committee and the present Governor of Yobe State H.E. Mai Mala Buni.

Hon. Mrs.Tugbobo is coming on the back of the state wide support and acclamation of the
AAMCO group.