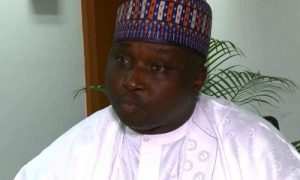 Chief Whip of House of Representatives

Death has occurred of Alhaji Ado Garba DOGUWA, Father to The Chief Whip, HR Alhassan Ado Doguwa. Aged 88yrs, He died in Mecca KSA while on pilgrimage after a brief illness. Late Alh. Ado was an active politician in the 1st and 2nd Republic, when he served as a member of the Kano state House of Assembly 1979 to1983. Under the Defunct PRP. He is survived by 42 Children and many Grand Children. He will be Burried tmorow Friday 7th of Sept. 2018 in Mecca KSA.