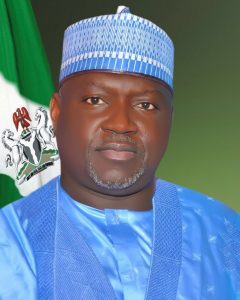 The Clerk of National Assembly, NASS, Mohammed Sani-Omolori has been commended by Institutional rating  agency, Democracy Assessment and Evaluation Society, DAES, for the various proactive measures he has taken to restore peace and allow conducive atmosphere prevail, enabling President Buhari to visit NASS to present 2019 budget,

In a press statement released to newsmen in Abuja and signed by the body’s spokesman, Barr Femi Adeoolu, the group said deployment of police and Department of state security personnel to prevent break down of law and order was appropriate and in line with international best practice especially in a situation where striking workers deviated from their right and started  forcing other people to do their bidding.

Barr   Adeolu, asserted that though the workers have the right to embark on strike, they however do not have the right to force people to join them or to stop other stakeholders in the legislative building from attending to their own duties

“It is on record that the CNA wrote a seven page letter to PASAN giving reasons why the strike action should not go on but in spite of the genuineness of the reason adduced, the workers maintained their stand and went on strike. It is regrettable that leadership of PASAN appears not to be willing dialogue with NASS management on way forward” the statement added

It however called on the Clerk to remain steadfast in his service to the nation as he will reap the product of his hardwork at the fullness of time.