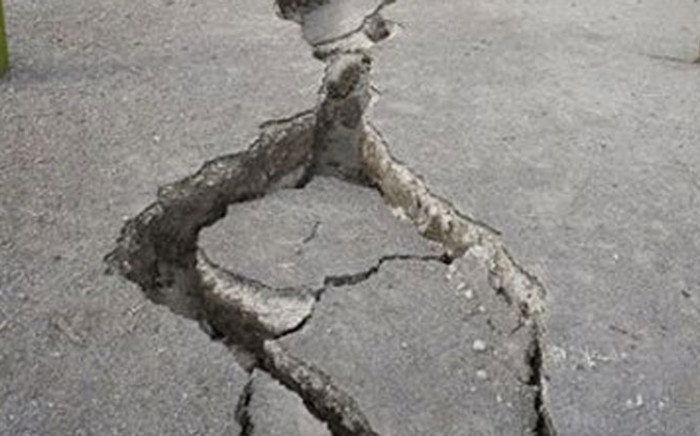 A coalition of environmental activists has expressed deep concern over incessant and flagrant crude rock blasting in Mpabe, Durumi and Maitama axis of the federal capital territory, Abuja.

The coalition comprising the Urban-Rural Environmental Defenders (U-RED), Health of Mother Earth Foundation (HOMEF) and Eco Defenders Network (EDN), in a joint statement signed by the Director U-RED Godspower Martins condemned this unwholesome practice especially after several separate earth tremors that occurred on Wednesday 5th to the 7th of September 2018 at Mpape, Durumi and Maitama areas of the FCT which left residents apprehensive and scampering for safety.

The statement also noted with dismay that another suspected volcanic eruption in the same affected areas on Thursday 1st of November, 2018 at 12:26pm which led to the federal government ban on quarrying and rock blasting activities in the FCT has been forgotten and the ban hurriedly lifted with little or no efforts to safeguard the environment.

“It is so sad, disheartening and worrisome that rock blasting has rudely continued in Abuja especially at Mpape, Durumi and Maitama axis after the earth-shake that occurred. Shortly after the several separate earth tremors that occurred on Wednesday 5th to the 7th of September 2018 at Mpape, Durumi and Maitama area which left residents deadly apprehensive and searching for safety, there was another suspected volcanic eruption in the same affected area on Thursday 1st of November, 2018 at 12:26pm which led to the federal government ban on quarrying and rock blasting activities in the FCT. The ban of course, was horriedly lifted after few days.

“The intensity of the earth shakes which lasted for about one minute as reported by the Nigerian Geological Survey Agency (NGSA) at about 3:00 pm.

“Residents were only assured that there was no cause for fear as stated by NGSA when it happened. In a very worrisome circumstance as that, we expect relevant government agencies to identify concrete reasons on what is triggering the earth-shakes.

“Apart from natural factor, we cannot completely disassociate the reason for the tremor from anthropogenic causes such as indiscriminate rock blasting with crude technology going on unchecked in Abuja residential communities by quarry companies over the years which of course we expect NGSA to identify, thoroughly investigate and address.

“In our fact finding missions over the years Urban-Rural Environmental Defenders (U-RED) in collaborations with Health of Mother Earth Foundation (HOMEF) and Eco Defenders Network (EDN) team discovered that Abuja is inconceivably bedeviled with worrisome number of rock blasting quarries.

“For instance, Mpape and Durumi communities host about eleven rock blasting quarry companies with over five of them presently operational. Residents who spoke to us expressed concern over the endless blasting of rocks with crude technologies saying that it posed a grave threat to the earth crust and host communities.

The coalition argued that what happened at Mpape on Thursday 1st of November 2018 barely two months after the September 5th – 7th 2018 in the same area cannot be natural or as a result of proliferation of water bore-holes as being claimed, but a clear indication that we have over troubled the earth crust, abused and degraded the environment while exploring and exploiting natural resources.

According to them, “Abuja currently, is excessively troubled with intensive daily release of crude energy into the earth to blast rocks. Each time the destructive energy is applied, it shakes the earth to its foundation leaving cracks in buildings, shattering of windows and falling of buildings in some cases; a very worrisome unsafe trend which, if allowed to continue unabated, Abuja may one day go down the bottom of the earth from earthquake/landslide.

They warned that “unless urgent sustainable actions are deployed to save the FCT and our dear country from an avoidable trouble, danger is imminent. We demand therefore that government should make this issue a priority. And as a matter of urgency, crude methods of rock blasting which create seismic waves should be discontinued forthwith in the Federal Capital Territory. It is worthy of note that a tremor could be violent enough to destroy a whole city at a time.