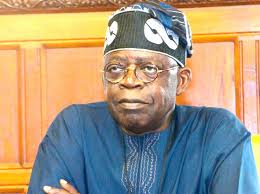 The attention of two pro-democracy organizations, Citizens Watch Nigeria (CWN) and the Coalition of Civil Societies and Media Executives for Good Governance in Nigeria (COCMEGG), has been drawn to the false, uncouth, malicious and spurious allegations, made by the Chairman of the National Youths Movement (NYM), Mallam Ishaya Jato, on the nationalistic dispositions of the All Progressives Congress (APC) National Leader, Asiwaju Bola Ahmed Tinubu with a crass statement issued with the caption: (NASS Leadership: Northern Group alleges plot by Tinubu to remove Buhari from power before 2023).

We have critically examined the frivolous statement and smear contents of the bizarre allegations by the National Youth Movement (NYM) and hereby issue the following statements:

1.     Asiwaju Bola Ahmed Tinubu is a progressive Nigerian and a believer in the slogan: “we the people.” He puts the people first in whatever he does and is dedicated to his philosophy of empowering humanity. Asiwaju is, no doubt, a statesman, a servant of the people, an icon, a legend and a father of modern day progressivism, a rare gift to humanity and above all, a mentor of mentors who is worthy of being celebrated anywhere, not just in Nigeria and Africa, but across the globe, for his belief in humanity and the sustenance of democracy.

2.     That the orchestrated smear media campaign of calumny and casting of aspersions on the person of Asiwaju Bola Ahmed Tinubu by these mischief makers and agent provocateurs donning the garb of party faithful are indeed the real enemies of Nigerians and democracy. Asiwaju has become a phobia and an essential political commodity to politicians and political jobbers struggling for identity, recognition and opportunities in the political landscape and, as such, innuendoes from Northern Youths Movement (NYM) should be disparaged and disregarded

3.     We have found out that the Northern Youths Movement (NYM) is not speaking on behalf of the North but are sponsored, self centered and self-serving mischief makers who are always looking for areas to hatch-on and reap where they did not sow; The APC political structures across the country are fully aware of Asiwaju’s contribution to the growth and sustenance of not only democracy in Nigeria but in Africa and knows that Asiwaju is a believer in the supremacy of the party at all times, as an abiding hegemony to good governance and transparency. Nigerians and, indeed political stakeholders should discountenance and disregard this so-called group heating up the polity unnecessarily in order to curry favor and revert the hard-earned democracy dividends being enjoyed by Nigerians today.

4.     That Asiwaju Bola Ahmed Tinubu is a loyal party leader to the core is not in doubt. A loyal advocate, an avid promoter and supporter of President Muhammadu Buhari and his agenda. APC, like every other party, has its political manifestoes and agenda. And, as such, the party will only thrive when it achieves its vision and mission for an egalitarian society where the rule of law is enshrined. Whatever that is good for Nigerians today is Asiwaju’s ultimate goal, not forgetting his recent advocacy and advice to the administration not to increase fuel pump price due to his belief in “we the people” which has remained at the front burner of his political philosophy.

5.     We believe that for democracy to thrive in Nigeria, there are certain principles that must be followed for the overall interest of the party at the centre; whereby the three organs of government (Legislature, Judiciary and Executive) are in tandem and this compliments the activities of the executive arm for the smooth transmission of laws, passage of bills,  budgets and other relevant functions of the administration.

After the first tenure of Buhari’s administration, the party hierarchy decided that for the past few years, a lot of their policies and plans for Nigerians had not been achieved and decided to immediately take actions by starting from the various organs of government, so as to nib in the bud these challenges once and for all.

According to Asiwaju, these are part of the necessary sacrifices that must be made for Nigeria to thrive and be reckoned with in the comity of nations. Emphatically, it was agreed that there was no robust relationship between the Executive and the Legislature. The party leadership decided to step in which action brought the hues and cries from Nigerians vis-à-vis the National Assembly leadership and the backlash from the Northern Youths Movement as part of and one of its platforms to get at Asiwaju.

Meanwhile, the National Leader of APC has described as “senseless” reports that he is propping up Hon. Femi Gbajabiamila, a Lagos lawmaker to emerge as “Speaker” as part of his plans to run for the Presidency in 2023 just few weeks ago and stated equivocally that his support for Sen. Ahmed Lawan and Femi Gbajabiamila was aimed at helping President Buhari succeed in the “shared vision of a flourishing economy and a prosperous people” in his second term in office. Stating “that most of the stories emanating from the media are the handiwork and manipulations of fifth columnists and disgruntled politicians and not only are these reports utterly false, based as they are in the febrile imaginations of those persons by whom they are being peddled, and that they are injurious to President Buhari’s historic quest to reform Nigeria.”

6.     Accordingly, the attempts to caricature Asiwaju as if his words and actions are aimed at grabbing power will fail because this portrait distorts the plain truth. While the headlines and the uncouth statements by Northern Youths Movement (NYM) are sensational because they are not grounded in facts but spurious allegations and self-serving. Asiwaju has repeatedly said, a situation in which the Senate President, Bukola Saraki and Speaker, House of Representatives, Yakubu Dogara, hijacked the National Assembly to frustrate the government of Buhari in his first term of office will not be acceptable to not only APC as a party, but  Nigerians who suffered mostly from the shenanigans of both men.

Reiterating that “As he enters his second term, President Buhari has stated that he will give the economy special priority and his goal is to defeat poverty and joblessness while spurring the type of growth and development that will make Nigeria a durable and flourishing economy. “These goals are laudable and necessary to move Nigeria forward. However, Asiwaju said, looking at the obstacles before us as vast and complex as well as looking at the very way that the Senate President and Speaker hijacked the budget process these past four years.” It has affirmed and consolidated the belief of Nigerians of how the national budget was delayed and distorted as these actors repeatedly sought to pad budgets with pet projects that would profit them.’’ After four years of their antics halting the progress of President Muhammadu Buhari, Nigerians should do all they can to prevent a repeat of their malign control of the National Assembly according to Asiwaju.

Driving home the message “if we are truly committed to optimal governance, then we also must be equally committed to ensuring that the National Assembly Leadership be competent and experienced as well as imbued with a progressive mindset and a desire to work in close cooperation with the Executive.” This is all Asiwaju has hoped to achieve and nothing more for the collective good of all and no ulterior motive”. Everything he has done is in concert with and in furtherance of the wishes of the President and the party.

7.     We therefore called on APC members and Nigerians in general to disparage and disregard the innuendos, fake news and divisive commentaries emanating from the NYM, whose only stock-in-trade is heating up the polity unnecessarily to seek cheap publicity and their self serving agenda of their paymasters. The Northern Youths Movement has continued to use its platform to further the aspirations of disgruntled politicians to divide the party hiding under the garb of the party to sell fake news and spun out rumor mill in a bid to have relevance. We urge the media, party faithful and Nigerians to be vigilant and not to be hoodwinked by these unscrupulous elements in the society who are eager to malign not only the good name of hardworking and patriotic Nigerians but the party leaders and refrain from granting and publishing defamatory headlines. Asiwaju Bola Ahmed Tinubu is a true “Buharist”, a Nigerian who is trusted, frank, tested and a positive thinker who works in the interest of this great country at all times.

We condemn in strong terms the intemperate castigation and malicious publication in various media platforms to deliberately smear the hard-earned reputation and sterling qualities of Asiwaju Bola Ahmed Tinubu and pass a vote of confidence on his leadership and urge him to remain focused and undeterred in his efforts to reposition the vision and mission of President Muhammadu Buhari Change Agenda and the APC administration to drive good democracy dividends to Nigerians.