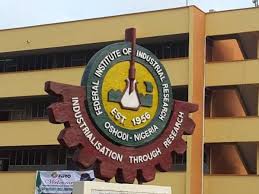 A civil society group, the Citizens Watch Advocacy Initiative (CWAI) has called on the Federal Government to restrain the excessive powers of the Chairman, Governing Board of the Federal Institute of Industrial Research Oshodi (FIIRO), Alhaji Ibrahim Gwarzo. This is informed by the fact that CWAI discovered that Alhaji Ibrahim is unilaterally running the institute of government as his private property. In addition, he has appropriated all the tools of governance and administration to himself by administering FIIRO as a Military Administrator (MILAD). He takes no orders, instructions or initiatives from the supervisory ministry – the Federal Ministry of Science and Technology.

CWAI discovered to its dismay that, Alhaji Ibrahim Gwarzo has changed the signatories to the accounts of FIIRO and keeps on bragging to the ears of anyone that cares to listen, that the Secretary to the Government of the Federation (SGF), Mr Boss Mustapha is his godfather and mentor. As such, he can do anything legally or illegally and nothing will happen to him so long as Mustapha remains the SGF. CWAI gathered from reliable sources at FIIRO that Gwarzo has bragged in notable places and in the institute that as long as Boss Mustapha remains the SGF, his (Gwarzo’s) sins at FIIRO are covered and he remains untouchable.

It will be recalled that Dr Chima Igwe, the suspended Acting DG has not been reinstated despite clearance from the Federal Ministry of Science and Technology, the Independent Corrupt Practices (and Other Related Offences) Commission (ICPC) and other governmental organizations. Though the Federal Ministry of Science and Technology ordered for his reinstatement since May 2020, this directive has not been carried out. This lacuna has given the Chairman unfitted access to the treasury of the institute for unethical contract awards and commissioning. He has wilfully delayed the reinstatement of Dr Igwe as Ag DG of FIIRO in the past few months, due to this delay, a lot of insider dealings have overtaken the foremost institute.

In a press release signed by the Executive Secretary of Citizens Watch Advocacy Initiative (CWAI), Omoba Kenneth Aigbegbele, CWAI wondered what must have kept the governing board of FIIRO from reinstating the Ag. DG after the Ministry had given the directive to the Chairman of the board and after the orchestrated investigation carried out had declared his innocence to all allegations.

While it is public knowledge that the grand standing of Gwarzo is linked to his senatorial ambition in Kano State, trying to show his people he has the muscle to thwart the efforts of the management at FIIRO as a result of his perceived closeness to the SGF.

CWAI insists that Nigerians are aware that it was the office of the SGF that brought about a stop to the arbitrary sacking of the Directors-General of MDAs by Ministers  of the Federal Republic through the enactment and description of the extant laws and rules but the same SGF is now seen as aiding and abetting the sins of Alh Ibrahim Gwarzo at FIIRO to the detriment of the institute in particular and Nigerians in general.

CWAI therefore calls on the SGF to reign his power on the FIIRO governing board to stop forthwith all the shenanigans and unethical practices, contract racketeering that are on-going at FIIRO. CWAI is of the view that the friction of the governing council was clear and insisting that “among the many functions listed therein, none empowers the board/council to even oversee the daily running of the affairs of the institute, as being witnessed under the current board headed by Gwarzo.”

CWAI therefore calls on the Presidency, the Minister and Board of Science and Technology to look into this issue dispassionately and thoroughly and call the Alh Ibrahim Gwarzo-led governing board to order and prevail on the cabal at FIIRO to reinstate Dr Chima Igwe as Acting Director-General and stop all the unethical practices going on.

In conclusion, CWAI warns that if this step is further delayed, the organization will be forced to seek redress in the courts of law.