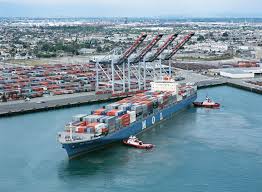 Port de Djibouti SA which owns 66.66 per cent majority shares in the Doraleh Container Terminal (DCT) has been nationalised by Djibouti.

Djibouti cited an order from the president “to protect the fundamental interests of the nation and the legitimate interests of its partners” as reason for taking full control of the company.

The DCT’s strategic location near the Red Sea and the Gulf of Aden enables it to serve as a busy maritime shipping lane for ships from Asia, as well as oil tankers heading to Europe from the Arab Gulf region.

According to Mariama Sow, Research Analyst – Africa Growth Initiative, said in his expose that the latest move from the Djiboutian government follows months of rising tensions with the port’s operator, a Dubai-based firm called DP World.

In February, Djibouti terminated its contract with DP World after refusing to renegotiate the terms of its 2006 concession and then seized control of the container terminal facility.

Following this latest announcement, the government of Djibouti is claiming sole ownership over the DCT since it controls the public firm now running the container terminal.

DP World has stated it will sue the government of Djibouti over its claim to the shipping terminal.

The fight over the Doraleh terminal highlights the growing strategic importance of Djibouti, which is close to some of the world’s busiest maritime shipping lanes in the Red Sea and Gulf of Aden.

In February, the Djibouti government seized the facility, stating that it had terminated a 2006 concession that allowed DP World control of the Doraleh terminal.

This July, Port de Djibouti SA terminated its shareholder agreement with DP World, according to the government.

The Doraleh terminal is now being run by a public company that is solely owned by the Republic of Djibouti, the government said.

Port de Djibouti SA had been owned by the Djibouti government and Hong Kong-based China Merchants Port Holdings Co mpany Ltd., which said in its 2017 annual report it has a 23.5% stake in the asset.

China Merchants didn’t immediately respond to a request for comment.

DP World has sought to remained involved in the Dorelah terminal. On Sept. 5, the company said it had obtained an injunction from the High Court of England and Wales that prevented the Djibouti government from pushing it out of the port, removing directors at Port de Djibouti SA directors or interfering with that entity’s management.

Representatives for DP World didn’t immediately respond to a request for comment Monday.

“DP World’s ‘strategy,’ which consists in trying to oppose the will of a sovereign state, is both unrealistic and destined to fail,” the government of Djibouti said in its statement.

The government said it had not been warned that DP World had initiated the legal proceeding and described the injunction as “merely a provisional measure.” It added that “a fair compensation outcome is the only possible option for DP World, in line with the principles of international law.”