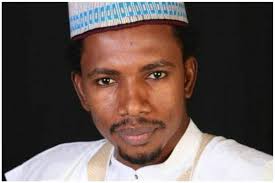 Senator Elisha Abbo (PDP) representing Adamawa North Senatorial District has alleged that with the current security structure in the country the fight against insurgency was programmed to fail, adding that Boko Haram fighters cannot be defeated anytime soon.

In an interview with journalists in Abuja, Sen. Abbo explained that the current approach in tackling Boko Haram insurgents by the Nigeria government was not workable, alleging that the approach was framed for Boko Haram to last forever.

The lawmaker queried the continued staying in office by the service chiefs appointed since 2015, whereas they were expected to vacate their offices after two years for others but President Muhammadu Buhari has not deem it fit to change them and appoint new ones.

However, he said the number of Nigeria Soldiers fighting Boko Haram insurgents were less than thirty thousand officers, while the Boko Haram fighters are more than one hundred thousand a situation he decried Nigeria army consistent losing of its service men in numbers.

According to him, “The current arrangement in the fight against Boko Haram, whether intentionally or accidentally is framed to last forever. He said, “We cannot win this war the way it is going. How do we win the war when the insurgents are in their camps, and we all know the location of Sambisa forest, we all know the terrain, we all know the borders.

“We wait for Boko Haram to come and attack us, then, we repel the attack and we are not taking the fight to them wherever they are to hunt them out. I think some people are not sincere,” He concluded