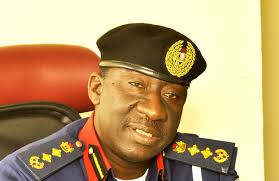 A civil society organization, Centre for Media Advocacy (CMA) has applauded and commended the management of the Nigerian Security and Civil Defence Corps (NSCDC), under the leadership of Abdullahi Gana Muhammadu, for using sports to re-engineer the mental and physical well-being of the men and officers for better and enhanced productivity and focus on the task ahead in safeguarding the nation.

The CSO emphasized that the NSCDC, since the proactive management took over, has won several laurels and championships covering the Federal Ministry of Interior Games (MIGA) 2016; MIGA 2018 and every other sports NSCDC has participated in, including  the Korean Ambassadors Cup of 2017, towering above other military and para-military organizations in various sporting activities in the past few years.

The organization also reiterated the fact that the encouragement of sports within the service has led to greater efficiency and productivity of men and officers as the Commandant-General sees sports as another way to relax and unify the officers using the various sporting engagement for free flow of information, mental focus, rapport amongst officers and the building of mutual understanding to enhance their relationships by giving their best at all times.

According to the release, sports is considered as a creator of beauty and as an investment of ethical values that brings about peace, unity and understanding among people of all races, as sports participation is wholly the result of social invention and heritage.

CMA said it has watched with keen interest for some time and has come to the conclusion that sports is highly significant in national development through leisure and recreation as it enhances a high degree of productivity and healthful living and, as such, boosts the esprit-de-corps of officers and men to give their best wherever they find themselves as a result of enhanced motivation, focus and physical well-being.

The CSO recalls that during the recent Chief of Defence Staff (CDS) Marathon Championships this year, which comprises of the Nigerian Army, Nigerian Navy, Nigerian Air Force, NDCDC, the Nigeria Police Force, the Nigerian Immigration Service, the Federal Fire Service, the Federal Road Safety Corps, the Nigerian Prisons, and the Nigerian Customs Services respectively, the NSCDC athletes came tops with the highest medals and laurels, after the champions. It will be recalled that this event was planned to pursue integration agenda among the military and para-military as well as to enhance synergy amongst the sister-security agencies and de-emphasize inter-agency rivalry.

During the sporting event, the Commandant-General of NSCDC, Abdullahi Gana Muhammadu, thanked the officers for exhibiting the highest form of discipline and sportsmanship, by abiding by their motto which states: Determination, Dedication and Discipline. He commended the performance of the athletes which he credited to hard-work, commitment, perseverance and dedication, to give their best at all times, adding, “I pledge continuous support to the sports personnel of the NSCDC, as they have not in any way rested in bringing glory to the organization, the corps will not stop to honour them; will not stop to appreciate them and will always support them to excel to greater, greater heights.”

The CSO also recalls how the NSCDC Commandant of Sports, Ayodele Titus, was full of thanks and praises to God for showing kindness to the Civil Defence and for the enabling environment created by the CG and supporting the team with all available resources and facilities to attain these feats always to exhibit their talents.

CMA hereby emphasizes that NSCDC CG’s efforts in sports development within the service has increased friendship, fun; promotes social and cultural integration, thereby reducing tension and emotions, while encouraging mental alertness and focus on the task ahead in the reduction of vandals and criminal elements across the length and breadth of the country.

The CSO also applauds the acquisition of appropriate skills, abilities and competence both mental and physical as equipment for the officers to contribute to the development of the society to citizens’ satisfaction and hereby commends the CG as to his leadership style and direction and the building of bridges with sister security agencies for the overall development of Nigeria