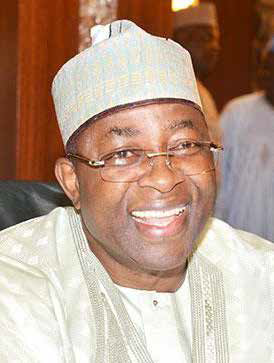 It has all along being the sole and sinister objective of the social, political and economic elite of any society or nation to subjugate and oppress the majority of the people or the masses while cornering the wealth and lucre for their sole benefit and control. In the olden days Russia before the communist revolution, in Britain before the advent of parliamentary democracy, in the Depression era United States and even in Cuba before the Fidel Castro revolution, the story was sadly the same, perpetual control of state resources by a few to the disadvantage and pauperization of the vast majority.
The privileged classes in their arrogance, conceit and pomposity believed that they are eminently qualified to continue to lord it over their poorer and more numerous subjects and are averse to any attempt at changing the status quo to allow the disenfranchised have any shot at living a better life and are ready to go the whole hog in thwarting any attempt to liberate the long suffering holloi polloi.
Thus the communists of Russia faced unrelenting opposition to their efforts at emancipating the Russian people while Frederick Delano Rooselt, the American President was ridiculed by the wealthy and influential for proposing the New Deal program in order to lift millions from poverty, hunger, homelessness and unemployment. Coming nearer home, the political climate in Bauchi state before the emergence of Governor Mohammed Abubakar was similar to what obtained in the pre-New Deal United States as a virulent and despotic cabal had taken over the affairs of governance of Bauchi state since its creation in 1976, ensuring that whoever took over the reins of power must toe their line or be ready to be thrown out at any given opportunity. And the elite ensured that higher education was a privilege open only to their sons and daughters while the children of the poor and unknown could only aspire to primary and secondary education at the utmost. Thus this reprehensible line of self perpetuation continued ad infintum with negative consequences for the social, political and economic fabric of Bauchi state for a long time to come.
The inglorious reign of Bauchi’s rapacious elite conspired to relegate the state to an infinitely backward status in the nation’s human development infrastructural index with most of the state’s schools, hospitals, roads, power utilities and commercial and industrial infrastructure in a decrepit state, decaying and collapsing, if not totally rundown.
For instance Gombe state which was created out of Bauchi state, and 20 years younger has a first class international airport and a world rated state university while Bauchi has only an airship and no state university at all. This was the dismal situation that confronted Governor Mohammed Abubakar when he took over the reins of executive authority, in May 29th, 2015 with much hope and promise to turn around the state’s social, political and economic fortunes for the better. Indeed a determined Governor Mohammed Abubakar vowed that the despicable status quo would no longer be allowed to stand signposting his vision of kicking the state to the next level in all the positive ramifications of governance.
On guided tours of the state’s faculties and institutions, a visibly shocked Hon. Abubakar openly wept when he sighted primary and secondary school pupils sitting on bare floors while attending daily lectures. Indeed a traumatized Governor Abubakar openly cursed the Bauchi venal elite that had put the young and promising minds of the state in such a pitiable and humiliating position vowing that he would put them where they belonged throughout his tenure as Chief Executive. Without much ado, an activist Governor Mohammed Abubakar initiated a revolution of sorts in the health and education sector, constructing and renovating tens of thousands of health and maternity centres, hospitals, primary and secondary classrooms, in his laudable No Woman or Child Left Behind policy of extending social and welfare programs to the vulnerable segments of society that had for so long being abandoned by the powers that be of the Bauchi rampant elite. Hundreds of kilometers of rural, township and urban roads are being constructed or rehabilitated in order to change Bauchi state’s scenario as the state with the worst road network in the whole of the Northeast sub-region while numerous skills acquisition programs has lifted tens of thousands of women and youths from the clutches of abject poverty and woeful dependence.
With Bauchi state finally emerging from the shadows of feudalism and crude nepotism and cronyism under Governor Mohammed Abubakar visionary and dynamic watch, it is to be expected that opposition and hostility would definitely emerge from the camps of the unrepentant cabals who are desperately fighting to maintain their stranglehold on a hapless and pauperized citizenry and on this score, the action oriented governor has been pilloried and castigated to no end by the self important and self perpetuating so-called godfathers of the state. They have even gone as far as calling him a non-indigene and an outsider who should not have been elected as governor as if he, Governor Mohammed Abubakar was imposed on the people of the state.
When he took tome to consult widely before appointing his commissioners, special assistants, heads of parastatals and extra ministerial agencies, the perpetual malcontents and purveyors of lies and rumours went to town alleging that Governor Mohammed Abubakar was running a one man style of governance with his family and close relatives.
Nothing could be further from the truth as it is now clear to all and sundry that the despotic mafia that had all along ruled the state from behind the throne are aghast and frustrated that the independent minded Governor Mohammed Abubakar has decided to take a clean break from the sordid past in order to re-launch the Pearl of Tourism State on a path of fast track economic growth, social renewal, industrial re-engineering infrastructural transformation and development upliftment for the overall benefits of the vast majority of the state’s citizenry.