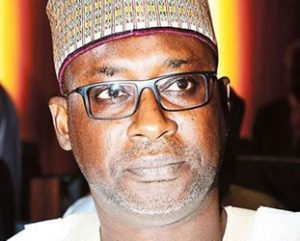 A civil society organization, ‘Media Practitioners for Development, MPD’ has commended the Minister of water Resources Engr Suleiman Adamu over what the group referred as his proactive engagement in tackling the challenges of water supply in the country.

In a press statement made available to newsmen in Abuja recently and signed by the National coordinator of the body, Johnson Eze, the organization observed that implementation of water projects has recorded tremendous improvement since Engr Adamu assumed office as the honorable Minister of this important sector.

The statement condemned in strong terms those criticizing the Ministry under the competent leadership of Engr Adamu for completing the N3.85b Ugboha water project in Edo statewhich has been dragging since former president Obasanjo’s administration, describing it as a devilish act of playing politics with essential amenity.

It queried how a project that has been delayed over many administrations and which out of magnanimity of the present government recently got completed should raise condemnation instead of commendation. “If there is a fault in the water project now, it could be a minor technical issue that just developed which can easily be repaired. There is no man-made material that cannot from time to time develop fault, what is important is to fix it whenever the fault develops” the statement added

MPD further urged Nigerians to learn to appreciations and commend individuals and organizations that are doing well as that is an incentive to attract greater performance.” It is on record that one of those that are actually implementing the change agenda of this administration is the Minister Water resources. He has shown greater commitment and has more completed project that speaks for itself”, the statement noted.

Thanking President Muhammadu Buhari for appointing Engr Adamu as Minister, the group called on the minister not to be distracted by the criticism as it is a handiwork of opposition and fifth columnist that do not have appreciation in their dictionary, saying that posterity will surely vindicate him at the fullness of time.