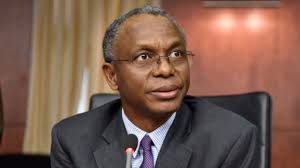 In another ugly episode that reminds one of Chibok and Dapchi school girls abduction, armed men on Monday invaded Prince Academy in Chikun Local Government Area of Kaduna State, abducting many students and escaping with them to an unknown destination.

The gunmen, who stormed Damba-Kasaya community in large numbers on motorcycles, also raided many houses in the area before heading to the school.

The students were preparing for their Junior Secondary School examinations when they were abducted around 9am.

Mohammed Jalige, spokesperson for the Kaduna State Police Command, told SaharaReporters that he hasn’t been briefed about the incident.

“I’m just hearing this from you, I have been at the ongoing police screening exercise since morning, I will get back to you as soon as I get details about the incident,” he said.

The development comes as many parts of Kaduna State remain under attack from armed bandits.