House Speakership: Why Hon. Bago is a preferred Choice 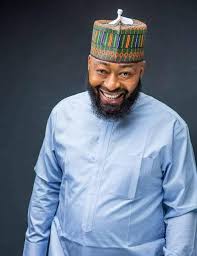 There is a seeming consensus amongst Nigerians that, as the National Assembly, NASS shops for who becomes next speaker of House of Representatives, it should consider one Honourable from Chanchaga federal constituency in Niger State, Nigeria’s North Central, Hon Umaru Bago Muhammed of the ruling All Progressive Congress, APC, and Chairman, House Committee on Maritime Safety and Education. Of those posturing as possible candidates for the exalted office, no one is as most qualified as Hon Bago. Not only is he young to give the House unusual direction, the youngest of the lot, but also his region, north central has long been marginalized in power distribution.

Since the argument began on who becomes the next speaker of the Federal House of Representatives, otherwise, the lower chamber, it is either in favour of south-south, south west or the north east. Nobody talks of the north central.  Yet north central contributed more to the electoral victory of President Muhammadu Buhari than even the south west states put together. It had 500,000 votes more than the entire votes cast for President Buhari in the south west. Today, as in previous time, it is North West for president, south west for vice president, north east for speaker. Where is north central?

It is against this background plus Hon Bago’s personal quality, his excellent track record, one is advocating for equity in the distribution of power. While others have different aspirants in view, according to how they perceive them, what they see as the attractions, we see the bigger picture, merit. Merit should be the chief guiding principle; and who could be most meritoriously suitable to be the next Speaker of the Federal House of Representatives than a tested democrat, Hon. Bago. Hon Bago is qualified, morally and intellectually, to lead the rest, besides his youth which is an added advantage.

His suitability can be seen in his accessibility, affability, reliability, humility, humanity, superior acuity, sense of humour and charisma. In a well-practised democracy, they all go together to make governance interesting. Most parliamentarians are often inaccessible by their constituents, Hon Bago, in contrast, is always at home with his people to feel their pulse. He has a canny attitude to openness. He is, by contrast, a most unusually accessible member of the parliament. And this is more an innate character than a choice. He can hardly be seen taking unilateral decisions without consulting the rest for unanimity.  As federal lawmaker he upholds an open door policy to interface with everyone; for, to him, this is central as no one person is a depository of knowledge. It takes relating with others to understand them for mutual benefits.

Nor is he imperious to be least friendly.  He is pretty friendly from birth. This important trait played out in his school days and in parliament; and he was most sociable. In his constituency, he represents a most gregarious and youth friendly lawmaker to give the House some form of vivacious image. He will bring this attribute to bear in presiding over debates, if given the opportunity, otherwise how else will he mainstream the diversely complex characters in the House? As far as affability is central to bonding, Hon Bago will ensure it prevails to forge an unbreakable union with his colleagues.

Furthermore, he is a man of rare simplicity and discipline. He has long been one of the passionate Buharists. He not only upholds Buharism in its latest version of complete transparency and humility but also once a stalwart and steadfast ideologue of the ex-while Congress for Progressive Change, CPC. In addition, perhaps of his long ideological connection to President Buhari, he is a reliable lawmaker than a fickle to create doubt about his moral capacity.

Not to talk of his humility that is palpably exceptional. What could be more a crucial requirement for the office of speakership than humility?  Hon. Bago is completely humble. He is too meek, too self-effacing to be repressive. Perhaps, this is what most people do not know about him. But he possesses them. Thus, given the opportunity, he will not be abrasively too autocratic. As far as the word autocracy entails anti-unity of purpose, anti-democracy and is monocracy in its truest sense, he will not be seen romancing with it to risk group resentment nor be mean to be abandoned by the rest. On the other hand, he is a man with impeccably unusual attitude to altruism. His humanity is irreproachable so is his charisma to endear himself to many.

Indeed there is every reason to consider the north central as entitled to produce the next speaker and irrational to continue to shy away from its significance. It is one of the country’s most important regions, perhaps after the south-south-the nation’s melting pot. It is the country’s food basket, Nasarawa and Benue States, respectively, Nigeria’s power house, Niger State. Furthermore, it has three former military heads of state, Gens. Yakubu Gowon, Plateau State; Ibrahim Babangida and Abdulsallami Abubakar both hail from Niger State. It was also the birth place of two prominence leaders in this country, Zik and Ojukwu, in Zungeru, Niger State. These and other factors affirm the region’s right to produce the next speaker. Allowing it to so not only we would have addressed the injustice but also would have demonstrated that the country appreciates its strategic importance. And who else from the region and from amongst the front runners for the office is most qualified than a man of outstanding pedigree, Hon. Bago. Bringing him to head the parliament holds the prospect of attaining the highest level of legislative ranking for his moral consistency and homour.