I did not endorse Bello, Audu’s wife cries out 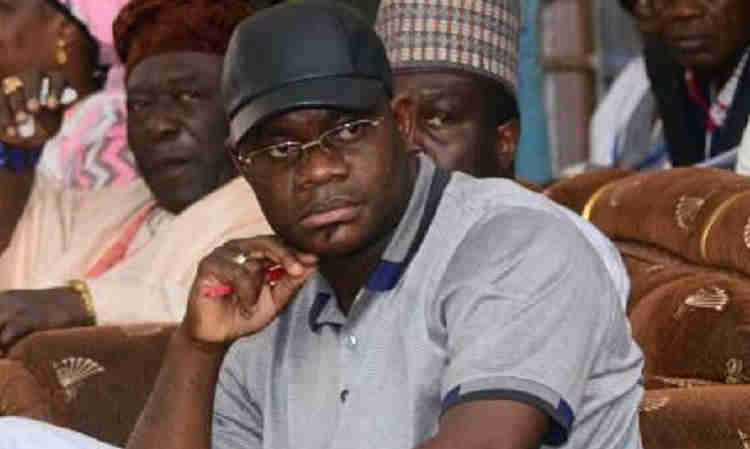 The wife of one of the disqualified All Progressive Congress, APC gubernatorial aspirants, Mr. Mustapha Mona Audu, Zahra has debunk rumors making that she has endorse Gov. Yahaya Bello’s second term.

She accused governor Bello of not canvassing for votes the same way President Muhammadu Buhari and Vice President Yemi Osinbajo did during the 2015 and 2019 polls as such does not deserve her endorsement.

However, Kogi APC faction led by the state secretary, Salam Adejo, addressed a press conference in Abuja and denied ever endorsing the governor for a second term.

Adejo, who spoke on the meeting where Governor Bello was purportedly endorsed, said: “Our discussion ended at the need for peace so that the party can move forward. He said he needed a sincere peace and we agreed on terms. There was nothing like an endorsement.”

Mrs, Zahra Audu told journalists in Abuja that she was surprise that less than three weeks to the November 16 governorship poll, the governor was still engaging in intrigues instead of canvassing for votes.

She said the situation on ground in Kogi State is a far cry to what obtained in the 2015 governorship whereby her late father in-law, Prince Abubakar Audu and Capt Idris Wada traversed the nook and crannies of the state soliciting the support of the electorate.

While insisting that all was not well with the ruling party in Kogi State, Zahra claimed that Bello remains indifferent to the urgent need to calm frayed nerves among aggrieved chieftains of the party across the state.

She said she would not waver or be cowed in her support for APC, but lamented that the governor’s body language speaks volumes of his resolve to unleash violence during the election and impose himself on the people of Kogi state.

On fears of possible violence, Mrs. Audu said the violence unleashed on voters during the general election earlier in the year could actually be a test run, stressing that the situation would be worse this time around.

“There would be bloodbath across the state during the November 16 poll. I am already working in concert with several stakeholders like the Good Governance Ambassadors of Nigeria (GOGAN), Buhari Osinbajo Women Groups, as well as, women and farmers across the state to ensure that plots to disrupt the gubernatorial poll with violence and rigging did not see the light of the day..

She maintained that the election must be based on the verdict of the people, “Kogi people are extremely aggrieved. Our intention is to win at the poll. But, Bello is not campaigning; he is not reaching out to aggrieved members to unite our party for a clean battle. There is impunity everywhere as could be seen during the purported impeachment of the deputy governor.

“The governor is not campaigning; he is not emulating Buhari and Osinbajo, who embarked on vigorous campaigns for votes. If the APC feel it is going to win the election through violence, we will make sure it doesn’t happen in Kogi State.

“The PDP doesn’t offer a better alternative because I believe in the APC because it can be better. I will not cut my nose to spite my face. It is stupid to throw away the baby with the bathwater. I want the party leadership to intervene because we are heading towards a very violent election.

“If you are not campaigning, it means you want to take the seat by force. Kogi State has a history of violence and people dying on the day of elections. Lives and properties are at stake.”

Zahra disclosed that virtually all the candidates for the November 16 election are behaving as if they are preparing for war. “They are not campaigning for electoral competition. They are buying armored vehicles, bulletproof vests, and truckloads of thugs, arms and ammunition. We don’t want to be burying people. We want peace. We want all the parties to accept the results of the election, “she declared.

But, despite the apprehension and concerns raised by the wife of one of the erstwhile aspirants, as much 45 registered political parties announced their endorsement of the incumbent for a second term.

The coalition of the political parties, which addressed a press conference at the state secretariat of Nigeria Union of Journalists, (NUJ), in Lokoja, said they were moved by Bello’s efforts at developing and uniting various ethnic groups in the state.

According to Alhaji Sani Teidi, who spoke on behalf of the coalition, leaders of the 45 parties decided to come together to work for the victory of the governor, noting that his second term ambition was guaranteed under the 1999 constitution, as amended.

Teidi contended that since the constitution provides for a maximum of two terms of four years each for state governors, it is in the interest of the state to allow the governor exhaust his constitutional opportunity.

He noted however that although the second term is not automatic, it is usually considered in deserving circumstances, especially where there are cogent reasons of performance and public interest.