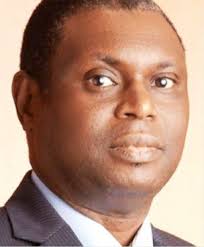 A civil society group, Media Practitioners’ for Development, MPD, has commended President Mohammadu Buhari GCFR for confirming the appointment of the Executive Secretary of the National Lottery Trust Fund (NLTF), Bello Maigari. The group, in a press briefing organised recently, told journalists, the best that has happened to the agency is the confirmation of a man of few words with amazing commitment to duty, Bello Maigari as the third Executive Secretary of NLTF

‘’We have been following his activities since he was appointed on acting capacity and there has never been any accusation of misdeed levelled against him by the public or staff of the agency. Instead, he has maintained an image of a straight-forward acting ES, and a fair-minded public servant that applies the core principles of corporate governance in his work place. He is a team player passionate about service delivery as well as maintaining harmonious working relationship with his staff all to realize their mandate of his organization, ’’reveals the group’s Public Relation Officer, Mr ANDREW Valt.

According to Valt, the confirmation of Magari is in recognition of his outstanding performance even in acting capacity. It shows the man besides his other features like resourcefulness (one of the basic component for higher performance), perspicacity, it shows he is most steadfast and honest to be trusted with public funds.

The group commended Maigari especially for his honesty evident in his careful handling of the agency’s resources, using them to actualize its core mandate. Several government agencies and institutions have benefited more from these resources under Maigari’s leadership of the agency than any other time prior to his appointment.

‘’Throughout the period in acting capacity, Magari, our finding reveals, is a man that will hardly abuse public trust, Valt reveals.’’  He added that Nigeria needs his likes in positions of honour in view of the agency’s strategic mandate and not rogues who will suddenly in receiving such an appointment turn public coffer into their own personal treasury to line their pocket at the expense of greater majority.  The group said: that President Buhari would finally confirm him from acting to a full-fledged Executive Secretary of the agency demonstrates how honest Maigari is. It added the confirmation isn’t strange, but a reflection of his scrupulousness.

The group further disclosed that within a short space of time Maigari has been able to turn such a delicate agency as NLTF into somewhat a resource centre.  Until his appointment not many knew the existence of the agency and not much of its activities were known by Nigerian public. Its true mission and mandate was hazy. But the coming on board of Maigari as ES of the agency has brought it to a global limelight with its services currently accessible in internet to everyone.

Recall how under him NLTF is meeting its core mandate of supporting good course in Nigerian societies. Several government agencies or institutions like hospitals and schools have benefitted from donations in terms of equipment and with building of classroom blocks to mention but a few.