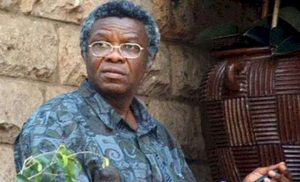 The alleged major sponsor of Rwanada’s 1994 genocide and one of the most wanted fugitives in connection to the senseless mass murder has been arrested outside Paris, France, today, according to Daily Mail.

Felicien Kabuga, 84, who had a £4m bounty on his head, had been accused of equipping ethnic Hutu extremists in the 100-day genocide that killed more than 800,000 ethnic Tutsis and moderate Hutus.

Kabuga, once one of Rwanda’s richest men, was living under a false identity in a town North of Paris, Asnieres-sur-Seine, the public prosecutor’s office and police said in a joint statement.

The 84-year-old fugitive, who has been wanted by the judicial authorities for 25 years, was found when agents swooped on his house at dawn.

The head of France’s agency for fighting crimes against humanity, Eric Emeraux, said the chase had been renewed two months ago after new intelligence emerged.

He had been hiding in the suburbs with the complicity of his children and is believed to have previously spent time in Germany, Belgium, the Democratic Republic of Congo, Kenya and Switzerland.

Olivier Olsen, head of the association of homeowners in the building where he lived in France, said Kabuga had lived there for three to four years and described him as ‘someone very discreet who murmured when you said hello.’

In 1997, Kabuga was indicted by the UN’s International Criminal Tribunal for Rwanda on charges related to conspiracy to commit genocide, persecution and extermination.

He was accused of using his wealth and influence during the genocide to funnel money to militia groups as chairman of the Fonds de Defense Nationale fund.

Rwandan prosecutors said financial documents found in the country’s capital, Kigali, after the genocide indicated he had used his companies to import large quantities of machetes which were used to slaughter people.

The wealthy businessman was also accused of establishing the notorious station, Radio-Television Libre des Mille Collines, that broadcast vicious propaganda against the ethnic Tutsi and incited people to carry out murder.

He was also indicted for training and equipping the Interahamwe militia that led to the killing spree.

The Rwanda tribunal formally closed in 2015 and its duties have since been taken over by the Mechanism for International Criminal Tribunals, which also deals with cases left over from the tribunal for the former Yugoslavia.

Serge Brammertz, Chief Prosecutor of the MICT in The Hague, Netherlands, said, “The arrest of Felicien Kabuga today is a reminder that those responsible for genocide can be brought to account, even 26 years after their crimes.”

The fugitive will now appear before French prosecutors who should order him to be remanded in custody.

Judicial authorities can then rule on sending him to The Hague to face justice.

He is expected to be tried at the MICT’s branch in Arusha in Tanzania but it is likely his transfer to UN custody will take some time because of the Coronavirus pandemic.

Mausi Segun, Africa Director at Human Rights Watch, said his arrest was “an important step towards justice for hundreds of thousands of genocide victims”