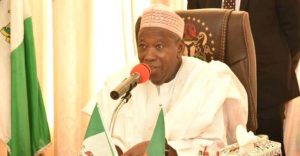 Contrary to an earlier online publication, the alleged masterminds of the Sallah day attacks that ravaged Doguwa local government area of Kano state have been identified as Umar Haruna Doguwa a former kano state chairman of All Progressive Congress, APC that has defected to Peoples’ Democratic Party, PDP and his over 100-man gang of thugs now on the run and declared wanted by law enforcement agents.

Lamenting on the devastation, the source decried, how  shocking it was for the  unsuspecting and peace-loving people of Doguwa-that while they were busy attending to Sallah celebration, Umar and his gang on the guise of holding rally for KWANKWASIYYA POLITICAL GROUP, descended on the entire town beating up anybody that come across their way, destroying all the president Buhari’s campaign bill boards, Governor Ganduje’s campaign billboards, APC local government Secretariat, the Constituency office and family house of Hon Alhassan Ado Garba and many other soft targets. 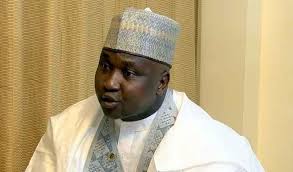 “The attackers were also alleged to have looted essential commodities and Youth empowerment items stored in the Hon Ado’s constituency office, like bags of rice, wheat, cement, motor cycle, sewing machines, grinding machines etc when they stormed the place” the respondent added.

He further thanked Hon Ado for his fatherly role in restoring peace and for prevailing on the angry youth who attempted to revolt in retaliation to calm down as well as for taking the matter to the police for necessary state action. “Without the intervention of Hon Ado, the destruction would have been much worse than this” the respondent heaved. 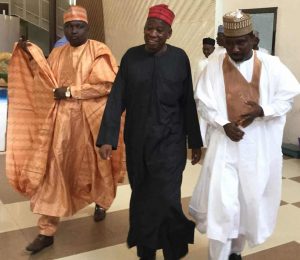 These revelations are coming as new twist to the whole matter as the perpetrators in a bid to cover up and distract attention allegedly utilized the press and published a report of their dastardly act immediately they finished accusing Hon Ado of being the sponsor of the thugs that caused the mayhem.

Responding to our correspondence, Hon Ado whose constituency office and family house in Doguwa were badly affected said he was not even in town when the incidence took place but that from all indications, it appears as if the attacks were targeted at him and his interests.

“I was not at Doguwa on the day the attackers came. I had travelled to Tudun Wada local government to celebrate Sallah.  It was when I came back that I saw the mayhem and took every step to put the matter under control by stopping brewing reprisal attack as well as reporting the matter to police” Hon Ado stated

It could be recalled that some political thugs struck on the Sallah day and perpetrated havoc to the inhabitants of Doguwa injuring many and damaging properties especially the political interest of of President Mohammadu Buhari and the APC. 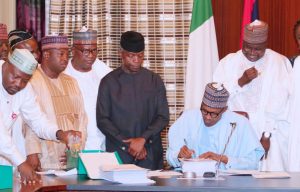 Hon Ado on in official engagement with President Buhari

“Among my interest that suffered damage were the campaign bill boards of President Muhammadu Buhari and that of Governor Abdulahi  Ganduje at least you all know that I am a strong believer and supporter of President Buhari and Governor Ganduje. So when their bill boards that are located at strategic areas of my constituency are destroyed it affects me. And I thank almighty Allah that I have been able to replace them” Hon Ado added 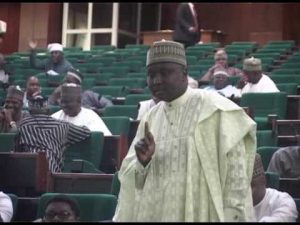 “Similarly, my constituency office and my personal house in my home town were attacked also. They looted the store in my constituency office carting away essential commodities like rice, wheat, motorcycle and sewing machines meant for youth and women empowerment.   And in order to cover up their mischief, they quickly issued online news report to create the impression that I am the one who sent thugs to destroy things in my constituency because according to them some of my constituents inquired about constituency project. How does that add up? Is it reasonable for any right thinking human being to attack and destroy his own property?” He queried.

Meanwhile, a civil society Organisation ‘Good Governance Initiative, GGI’ has thrown its weight behind Hon Ado saying they are proud of the quality representation he has given to Tudun Wada/Doguwa federal constituency in the National Assembly  and called on all indigene of the constituents to support him.

In a press statement made available to Newsmen in Kano and signed by its Secretary General, Mohammed Abba Yusuf, the group noted that Hon Ado’s contributions and activities in the House of Representatives as the Chief Whip is unquantifiable, legendary and luminous.

The statement went forward to state that in the previous session of National Assembly, Hon Ado was the House committee chairman on Millennium Development Goal, MDGs a very strategic position that created opportunities for him to implement many constituency projects, So attacking him is like attacking the goose that lay the Golden eggs.

The group condemned any attack on his political interest like the Sallah day rampage in Doguwa describing it as handiwork of political enemies and mischief traffickers that derive pleasure in subjecting the masses to suffering. The statement further called on Hon Ado to remain focused on his service to his constituency saying that Allah will surely reward him in multiple folds

One thought on “Masterminds of Sallah-Day Attacks in Kano State Exposed, Declared Wanted”