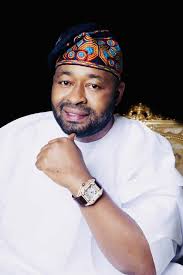 Hon. Mohammed Bago Campaign OrganiZation, BCO, has advised the National Leader of the ruling All Progressive Congress APC, Asiwaju Bola Ahmed Tinubu to allow merit to take its full course in determining who should be the next Speaker of House of Representatives.

The advice is contained in a press statement signed by Mr Victor Afam Ogene  of the campaign organization and made available to newsmen yesterday in Abuja. In the statement the organization expressed dismay over the chieftain’s insinuation that the criteria for a prospective Speaker of House Representatives should be based on staunch loyalty to the ruling party than merit.

The Organization while reacting to the insinuation credited to Ahmed Tinubu, says it disagrees at the decision to base the choice on loyalty to the party. It says if the qualification for anyone seeking the office of Speaker should be loyalty to party there should be no one better qualified for the office than Hon Bago who had been a loyal team member of President Mohammed Buhari even right from CPC’s days.

‘’Indeed the pursuit of equity and fairness in an enterprise where we are all stakeholders cannot vitiate our candidate’s long standing, earned reputation as a loyalist of President Muhammadu Buhari, our party the All Progressive Congress, and above all the people of his constituency, his state, Niger and the North Central zone who invested their trust to represent them,’’ the statement explains. The organisation however expected Tinubu, as a father to all, to consider the legitimate aspiration of North Central zone to ensure that justice is done, explaining that  ‘’only Niger State from where Hon Mohammed Bago hails secured for APC a wining vote margin of 394,319 as against the entire South-West zone of 134,539 votes.’’

Against the backdrop of the obvious reality, the organization asks: ‘’where then lies the rationale for seeking to arrogate the speakership position to the south-west which by the way already has  the country’s Vice presidency  in the kitty?’’

The organization wondered why a zone would be doubly rewarded while the rest remain mere orphans without hope. It however urges Asiwaju  Tinubu to  find solution to, saying,’’ until and unless answer s are provided to these nagging questions, anyone seeking to lead the House ought to be allowed to do so on merit’’. In conclusion the organization sounded plain that no one jostling the position of speakership is more loyal to President Buhari than Hon Bago, explaining that Hon Bago has been Buhari’s loyalist from 2003 when he became a member of The Buhari Organization to 2011 and up to 2019 when contested and won for the House of Representatives.

The full text of the press statement is as follows:

Our Right of Reply

Allow Gbajabiamila To Run on His Record and Reputation

We have perused the statement released by the National Leader of our Party, Asiwaju Bola Ahmed Tinubu, especially as it concerns the leadership of the House of Representatives, and wish to respectfully disagree with him on some of the conclusions therein.

For starters, even though he took extra care not to mention his choice candidate by name, the laborious attempt to pass off same desire as the onerous craving of  President Muhammadu Buhari clearly leaves his real intentions exposed.

Not too long ago, in 2015, when Tinubu tried to foist the same mentee of his as Speaker, in spite of the rational voices of caution by many stakeholders, many had been left wondering if the enforcement effort was at the instance of President Buhari and the Party.

Although, a greater portion of the statement centred on his probable scheming for the 2023 Presidential election, real or imagined, our concern revolves around the oblique reference to loyalty as basis for his decision to stand by his adopted as the next Speaker of the House of Representatives.

It is on this score, and several other incontrovertible facts that we disagree with the position of our national leader.

It is our contention that nobody has the monopoly of loyalty. Put succinctly, it is not anyone’s exclusive preserve and no one is a custodian of it.

Indeed, the pursuit of equity and fairness in an enterprise where we are all stakeholders cannot vitiate our candidate’s long standing, earned reputation as a loyalist of President Buhari, our party, the All Progressives Congress, and above all, the people of his constituency, his state, Niger, and the North central zone who have invested their trust in him to represent them.

Instead of seeking to pitch party faithful who seek their just due against the President, we rather expect Asiwaju Tinubu, as a father to all, to critically consider the legitimate aspiration of the North central zone and ensure that justice is done.

For example, while the entire six states of the South west gave our party a total of 259, 780 margin of victory over the rival People’s Democratic Party in the presidential election, only Niger state – from where Hon. Mohammed Bago hail – secured for the APC a margin of win of 394, 319, thereby thumping the South west votes by 134,539 votes.

Wherein then lies the rationale for seeking to arrogate the Speakership position to the South west, which by the way already has the country’s Vice Presidency in the kitty?

As joint workers in the APC vineyard, the least that is expected is that every zone ought to be rewarded proportionately according to its work rate or contribution.

We are, therefore, at a loss as to why a zone would be doubly rewarded, while the others watch helplessly like orphans.

These are the germane issues we expect our respected national leader, Asiwaju Tinubu to seek resolution to.

Until, and unless answers are provided to these nagging questions, anyone seeking to lead the House ought to be allowed to do so on his own merit.

At the risk of sounding repetitive, we restate that no one currently jostling for the Speaker’s position is more loyal to President Buhari than Hon. Bago.

From 2003 when he became a member of The Buhari Organization (TBO), to 2011 when he contested and won election to the House of Representatives on the platform of the defunct CPC, to 2015 and 2019 when he won re-election on the banner of the APC, Hon. Bago has remained a core Buharist, and any attempt to tar him with any brush of disloyalty cannot stick.