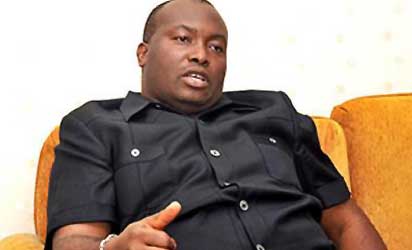 Senator Ifeanyi Ubah has described the N135 billion fraud charges preferred against him on Wednesday by the Asset Management Corporation of Nigeria AZ (AMCON) as a political witch hunt and persecution as there was no basis for the charges against him.

Senator Ubah who is representing Anambra South in the senate disclosed that the activities of AMCON had rendered over one thousand Nigerians jobless with his multibillion naira business and its equipment rotting away in clear contravention to the agreement the company reached AMCON.

Narrating his ordeal in the hands of AMCON, Senator Ubah said: “In 2014 while the recession was on, we invested in line with government policy to deregulate the oil and gas industry. We keyed in and went into acquisition of vessels even amid the global economic meltdown; we purchased massive vessels and set up companies that ensured that petroleum products were available to Nigerians.

“Unfortunately when there was government policy summersault, it became very obvious that we had to approach the Asset Management Company of Nigeria (AMCON) for injection of funds into our operations.

“We then set up a meeting on our own volition where we put our cards on the table and told them the position we were. We had good engagement.

“But suddenly AMCON took a drastic decision against us which was prompted by other bank action which was registered in a London Court.

“As an organization we regard as partners, we expected them to intimate us of the situation, instead we went to them, they still went ahead to institute court action against us. We went to the same court and vacated the order they secured against us. 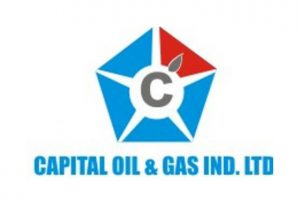 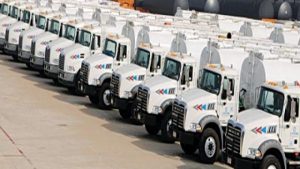 Explaining further, Ubah disclosed that even when he willingly relinquished the management of his company, Capital Oil and Gas Limited to AMCON to manage while he concentrated on his political activities, AMCON rather ran the company aground. He disclosed that in contrast to the agreement reached that AMCON was going to inject funds to the tune $100 million  or N160 billion into capital oil and Gas Limited to shore up the liquidity and operations of the company, AMCON rather left a gaping hole in the finances of the company.

“And AMCON managed my company with an American for two years. In 2014, they handed the company back to me and wrote and published in national media that we have resolved all outstanding issues. I have the newspaper publications with me.

“However, we found a gaping deep hole in the in the finances of the company. We were shocked that AMCON did not inject even one dollar into the company as agreed.

“We then went to court to challenge them and sought appropriate compensation from them, at least for them to pay us what we could have earned within the two years they managed the company.

“In 2015, we instituted a case against them claiming N150 billion damages; we never went to the media to malign them. And the matter is still on today, they have not vacated the matter. We have since got multiple court rulings in our favour. But today they have ran to court seeking for criminal charges against me claiming N135 billion whereas we are still in court with them,” he said.

The lawmaker however, averred that he was going to shed the tower of a senator and put his case before Nigerians for them to see that he was being unjustly persecuted without any basis.

“The matter in contention according to them is asset, but from inception, it was AMCON that brought their own asset valuer who valued our assets appropriately, later they wrote to the Inspector General of Police (IG) stating that there was a shortfall in the asset valuation, we complied and gave them everything they wanted. We have all the documents with us.

“Now I do not want to talk as a senator, I want to talk on this issue as a Nigerian so that other fellow Nigerians can look at this dispassionately,” the lawmaker concluded.

It will be recalled that Lawyer to the Federal Government, Mr. Korede Adegoke, on Wednesday informed the court of four pending charges pressed against the defendants and urged the court to accept the charges for the purpose of taking their plea.