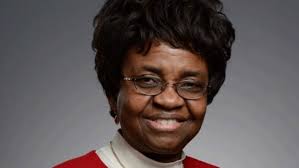 In what appears as huge embarrassment to the nation by the National Agency for Food Drugs Administration and Control NAFDAC, it is revealed that the much publicized and awards wining Mobile Authentication System, MAS Technology being used to detect fake dugs is alleged to have been stolen from the original innovator and initiator by the agency.

Our source gathered from the House of Representatives Committee on Public Petitions sitting yesterday in National Assembly that NAFDAC was petitioned by the Executive Director of Project Pearl Promotion Ventures; Engr. Johnson Eze on allegation of intellectual property theft and the matter is receiving serious attention as documented evidence points to the affirmative

Presiding over the session, the committee Chairman Hon. Nkem Uzoma Abonta queried NAFDAC representative on whether they received letter and had meetings with the petitioner and why they excluded him and his company in implementing the technology. However the NAFDAC representative who was not sure of most of the answers posed to him was ordered to come with the Director General of the agency and those with good knowledge of what happened in the next hearing of the matter.

In the petition, Engr Eze alleged that under a trade name Project Pearl Promotion Ventures, he had developed a technology that uses GSM short codes to confirm authenticity of drugs or allied products and wrote to NAFDAC in January 2007 about it. Being that at that time it was non-existent and no technology journal has ever published it, NAFDAC was excited and swiftly invited him through a letter and phone calls for demonstration of the technology which he honored.

At the meeting NAFDAC team was led by the Director in charge of Pharmaco-Vigilance, Mrs Adelyn Osakwe and she confessed that they had never come across the technology anywhere and that they were only using the instrumentality of Holograms to confirm authenticity of drugs. They therefore concluded that NAFDAC was going to contact him to implement it for national gains.

But to the surprise of Engr Eze, his company and others who knew what has transpired, few years later NAFDAC went at the back and engaged another company, Sproxyl and started implementing the technology using the knowledge they had extracted from him.

All effort to get reactions from Engr Eze or NAFDAC team on the matter proved abortive at the time of filling this report. However an attendant to the committee session who preferred to be anonymous said that the most embarrassing is that NAFDAC has been publicizing and winning awards internationally with the Technology without the courtesy of seeking due consent of the originator. It is time we stop this intellectual property theft as it destroys integrity and discourages people that have ideas of moving the country forward from bring their ideas on the table. “Whether he has patent for the Technology or not, the mere fact that there is evidence he brought it to NAFDAC and NAFDAC used it makes the agency culpable”. He added

Further investigation into the matter shows that Sproxyl which NAFDAC is working with on this MAS technology was registered in 2009 two years after Mr Eze presented his package to NAFDAC and is owned by a Ghanaian possibly fronting for insider of NAFDAC. This is suspected because Ghana just adopted MAS technology from Nigeria in 2013 even when ironically the purported owner of Sproxyl is from Ghana. Why didn’t he start MAS in Ghana as charity begins at home? In fact there seem to be many questions looking for answers in respect of MAS technology. While more revelation seem to be coming up on the issue Nigerians anxiously anticipate justice from the committee and there is no doubt they are determined