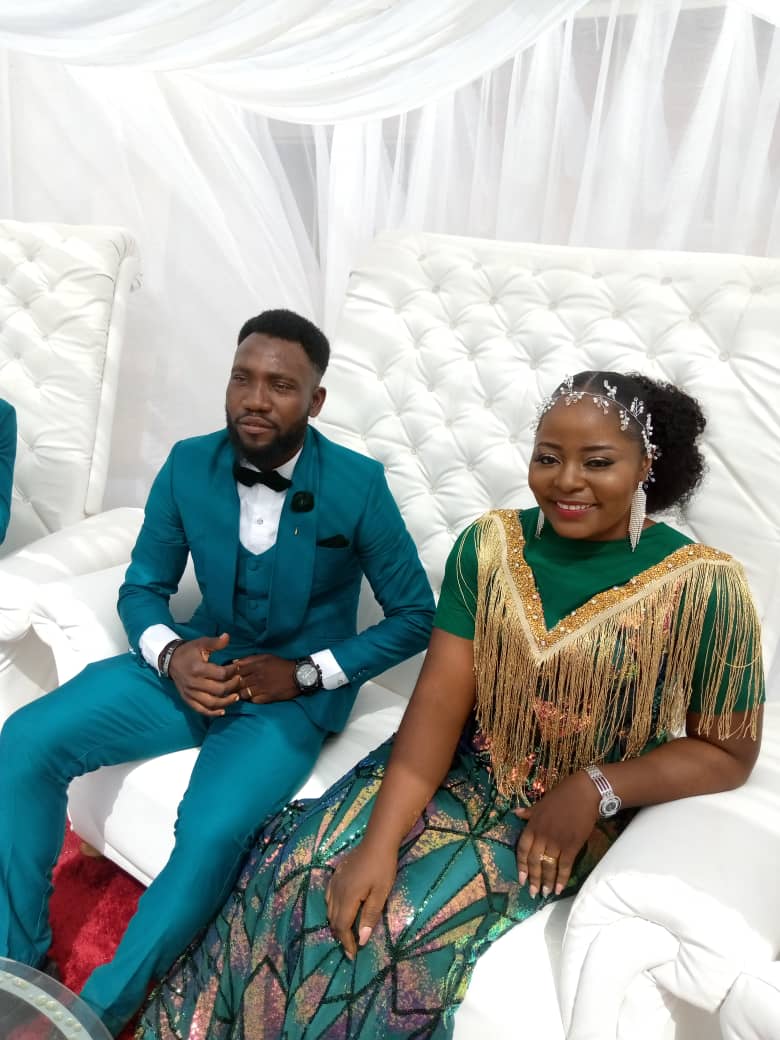 It was a day to behold in Lafia the capital City of Nasarawa state, as the captain of Nasarawa United, a Nigerian Professional Football League, NPFL side, Emmanuel Makama said ‘I DO’ to his heartthrob Helen Igboko Makama on Saturday.

The weeding which took place at ECWA Goodnews Church GRA Lafia, was a cynopcious of all eyes; as the weeding attracted the crème de la crème of football in the two states, Benue and Nasarawa where the couples came from.

Speaking exclusively to Instant Africa News after the weeding, Makama thanked God for the success of the weeding because according to him, without God nothing would have been possible for them.

He however, charged his team mates to win their mid-week NPFL clash against Adamawa United as his weeding’s gift.

Also, his wife, Helen Makama returned all the glories to God for seeing them through at the weeding, adding that it has been a long planning process after their engagement in 2017.

“We met on Facebook seven years back and started dating, 2017 we got engaged and 2018 he paid my bride price and today here we are as just weeded couple, glory to God,” She stated. 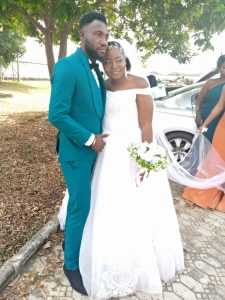 In the same vein, Nasarawa Utd assistant coach, Coach Samson Keshi who was glad that his team captain Makama was going to settle as a husband said, the weeding could turn to be a turning point for Makama, adding that because the bible says any man who found a good wife obtains blessing from God.

Keshi believes that the team could also tap from the blessings that have accorded the marriage and pick up it form as they prepared for a mid-week clash aginst Adamawa united.

“I want to advise the couple to always see themselves as friends and confidants. And  also to be patient with one another  as well as tolerating each other’s short comings as that is the only way they can found the marriage very sweat,” he advised.

Meanwhile, Coach Keshi insisted that in a coupled of weeks the team captain, Makama would be expecetd in the squad to help the team overcome it low moments.

One of his team mates,  Maiyaki Ismaila Idriss reminded the couple that Marriage is an institution that one can never graduate from until death comes knocking, therefore, he said the only way the couple can be happy in marriage is for them to see themselves as brothers and sisters, friends and confidants and above all see God as the headmaster of their marriage.

“Marriage is an institution of no return, the moment you enters it there is no way to go back from it again, so i want to advise the couple to be patient with one another for them to enjoy the marriage,”Idriss said.