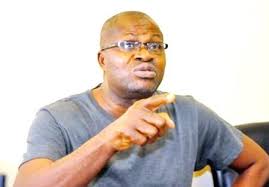 In a press statement he issued by in Abuja yesterday, Okereke described as an epoch, the first democracy day celebration in the country which is taking place on June 12 adding that history and posterity would remember President Buhari for his strong stance on anti-corruption fight urging those privileged to be members of his cabinet to make necessary sacrifices humanly possible  to support the government at the Centre, and tasked them on  transparency and accountability in order to fulfill the general aspiration of Nigerians who stood their ground and voted for the President for the second term.

The statement also charged those who might be favored for leadership positions at both Chambers of the National Assembly to develop a cordial good working relationship with the executive as Nigerians don’t want a repeat of what happened during the eight National Assembly again while challenging the legislature on basic necessity for life and human oriented laws that will be able to add value to Nigerians.

“Democracy dividends are the hall mark of true democracy all over the world, law makers are primarily elected to make laws, they should support the executive to achieve it aims and objectives to Nigerians which includes; job creation, and provision of social security to all in the country to realized their collective aspirations.

“They must be ready to hit the ground running not just for themselves alone but for the generality of Nigerians”.

According to the press statement, Okereke reiterated his organizations’ readiness to work with the government and decried the influx of illegal arms and ammunition into the country.

“Negative effects of arms proliferation in the society and in the country like Nigeria could not be emphasized, we are ready to partner with the government at all levels to fight this menace, Nigeria is the most populous black Nation on the surface of the earth and so, when illegal arms and ammunitions are not well regulated and checkmated, then all of us are in danger”. He stressed.

He also called the Independent National Electoral Commission, INEC, to resist any pressure aimed at rewarding any form of impunity. “We want to use this medium to call on INEC to reject the controversial judgment of Justice Abang who allegedly ruled that they should give Certificate of Return to the immediate past governor of Imo state, Rochas Okoracha who claimed to have won the Senatorial election in that constituency. I make bold to state here that I am from the same state and the same constituency, we did not vote for him, we don’t know him and we did not vote for him”.

The press statement equally alleged that the former governor went about during the last Senatorial election in his constituency with fake policemen armed to the teeth stressing that if such illegality is allowed to continue unabated in the country it portends grave danger for the nation’s democracy”.

“INEC should not give him the Certificate of Return, after all a whole professor told the whole world that he did announced the result for Rochas under duress, under gun point”

“Justice Abang should be call to order, issuing such a controversial order could endanger lives and property because it might be used as a reference point now and in the future in this country” the Professor did not lie when he told the world that Rochas compelled him to announce the results in his favor.” The statement concludes.