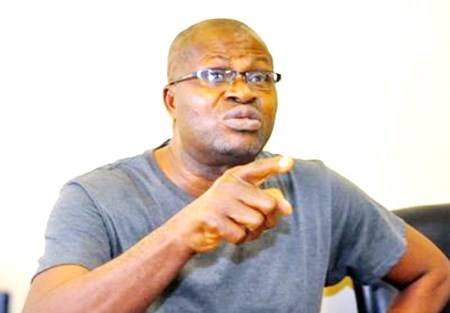 The National Executive Council (NEC), Importers Association of Nigeria (IMAN) and National Taskforce on Prohibition of Illegal Importation of Small Arms, Ammunition and Light Weapons (NATFORCE) has jointly debunked the insinuations and allegations making round in some section of the media by one Ambassador Chijioke Okoro, that Chief ( Dr.) Osita Emmanuel Okereke has been removed as President and Director General of the two Organizations.

In a statement issued by the National Executive Council, Importers Association of Nigeria,(IMAN)and National Taskforce on Prohibition of Illegal Importation of Small Arms, Ammunition and Light Weapons, signed by the Coordinator of All Directors, Comrade Obinna Cyril Onyekwere refuted all the insinuations and allegations against Chief Okereke describing it as callous, malicious and calculated attempt to smear his image.

The council further stated that Chief Okereke remains its President and DG of the two organizations while appealing to the general public to discountenance whatever claims Mr. Chijioke Okoro has made.

According to Comrade Obinna Cyril Onyekwere “we have passed a resolution describing all the allegations leveled by the petitioner against the President of IMAN and the DG, NATFORCE as baseless and unfounded.

“That the petition came when the DG wanted to pay a courtesy visit to the Inspector General of Police, Mohammed Adamu.

“We wish to state that a High Court judgment of January 23, 2017and a ruling of an Appeal Court dated 11th February 2019 quashed the removal of Chief Okereke as the leader of the two organisations.

“Recall that the Abuja High court judgment of January 23rd, 2017 which affirmed Chief Okereke as the leader of the two organizations was appealed.  Ruling in the matter, the Appeal Court sitting in Abuja headed by Justice Stephen Jonah Adah delivered judgment on 11th February, 2019 in a landmark verdict and ruled that Chief Okereke remained the DG NATFORCE and President of IMAN.

“Therefore, we see this arrest and continued detention of Chief Okereke as illegal and unconstitutional and NEC hereby passes a resolution appealing to the Inspector General of Police to use his good office and investigate all these allegations leveled against our DG, Chief Okereke.”

“We wish to state that we don’t know Mr Chijioke Okoro and his allies. They have not been attending our meetings for the past five years and our constitution states clearly that anybody who fails to attend the association’s meeting five consecutive times ceases to be a member and automatically risk expulsion”

The council noted that since the case has gone to Supreme Court, it was legally wrong and an abuse of court process for Mr. Okoro who is not even a party in the litigation to have sent a false petition to the Police leading to the arrest of Okereke.

We want to use this medium to rather ask the Police to arrest Okoro for misleading the Public by providing false and misleading information to the force while investigating the allegation and release NATFORCE DG.

Responding to the allegation by Force Public Relations Officer Frank Mba claiming that Chief Okereke was arrested because of his alleged criminal record and assault on the Police sent to invite him to the Force Headquarters, we wish to categorically state that Chief Okereke is a peace loving man with a track records of integrity and honesty which are there for everyone to see.

A source from NAFORCE media department reliably informed that the NATFORCE DG was not on ground when his men allegedly assaulted some Police officers sent to serve him with the Petition letter’ adding that the DG was with his senior staff who gathered from all over the federation to accompany their boss to the IGP on a scheduled courtesy visit billed on that fateful day.