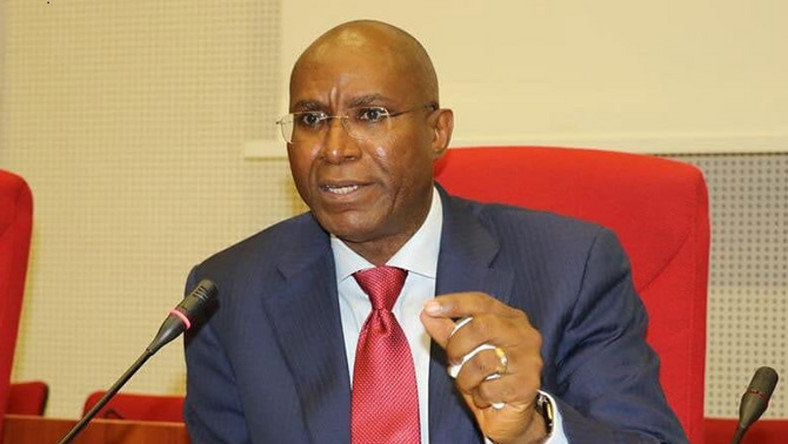 The Deputy President of the Senate; Senator Ovie Omo-Agege has assured that the National Assembly will strengthen the nation’s extant laws as they relate to rape.
This, he noted, was with a view to protecting children from sexual and other forms of abuse.
Consequently, he called for a change of attitude from Nigerians as it relates to stigmatization of rape victims.
Senator Omo-Agege stated this in Abuja at the weekend at the official launch of the Campaign against Rape, organised by the West African Freelance Journalists Association.
The Deputy President of the Senate frowned at situations where stigmatization is targeted at rape victims instead of the culprits.
Represented by his Senior Special Assistant (SSA) on Electronic and New Media, Lara Owoeye-Wise, Omo-Agege said: “I am of the opinion that we should go back to our legal instruments that protect the child from sexual as well as other forms of abuse. This is with a view to strengthening them. And we at the National Assembly are looking a these setbacks, with a view to making our laws more potent.
“We should also, as a matter of national reorientation, have a change of attitude with regards to stigmatizing victims of child rape. Let the stigmatization go to the culprits of child abuse and not the victims, in line with customs of old.
“Further to maintaining our customs, we must return to our most prized heritage as Africans, namely family values. Parents must take out more time to raise their children to be better citizens.
“That way, when they grow up, there are more chances that they will abhor anti-social behaviours. Parents should pay more attention to their children, because a good number of these victims are taken advantage of by some other persons they come to trust, in their search for parental love which their parents, for some reasons, fall short of giving them”.

This, he pointed out, explains why most parents refuse to disclose rape incidents against their female children for fear of victimisation.
“Yet, such non-disclosures most times, do not obviate the psycho-social damage which such predatory acts inflict of the child, sometimes following the victim for the rest of his or her life,” he noted.

According to him, ‘consent’ has become an escape route for lecturers who take advantage of female students in tertiary institutions.

“By knocking off the plea of consent, so-to-speak, sexual predators in our tertiary institutions must now abide by an ‘honour code’, just as applies in the United States which forbids sexual relations between a lecturer and a student under any guise, when the bill eventually becomes law.
“In other words, when the bill becomes law, consent on the side of the victim would be akin to ‘statutory rape’ and with full criminal justice consequences”.
Sponsored by the Deputy President of the Senate and 105 senators, the Prevention, Prohibition and Redressed of Sexual Harassment in Tertiary Educational Institutions Bill, 2019 scaled through First Reading and Second Reading in the Senate on October 9 and November 6, 2019 respectively.
The proposed law which prohibits any form of sexual relationship between lecturers and their students and prescribes jail term ranging from two to 14 years for various degrees of offences, is currently with the Senate Committee on Judiciary, Human Rights and Legal Matters for further legislative work.