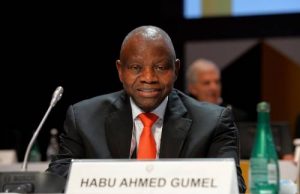 Gumel ran for the election unchallenged and scored all the 35 votes to retain his seat for the second time.

Other positions contested in the election which was peaceful free and fair, saw Babatunde Popoola, the Secretary General of the committee, lose his position with a wide margin to Olabanji Oladapo who is now the NOC Secretary-General

The two women who contested the positions of 2nd Vice President and Treasurer, respectively, both lost.

The Honorable Minister of Sports, Solomon Dalung, who was present in the Annual General Meeting of the NOC, charged state governments to “dedicate 33 per cent of their security vault to sports development”.

He noted that doing so will take restive youth off the streets and reduce security challenges in the country.