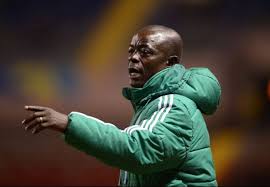 As the Nigeria Professional League enters week 2, this week end, the technical Adviser of Nasarawa United FC of Lafia, Coach Bala Nikyu has ordered his boys to go for three points against their visitor, Wiki Tourist of Bauchi.

Nikyu had told his wards ahead of the Sunday encounter at the Lafia township stadium, that the only thing he wants from them on their first 2019/2020 league game is the maximum three points at stake and nothing short of that.

It will be recalled that Nasarawa united could not keep a date with Enyimba FC of Aba in the week 1 games played last week because the later had intercontinental assignment, therefore making their clash with Wikki Tourist their first in the new season, though their visitors are going into the game with three points already in their kitten haven won their r first league game against Jigawa Golden Stars 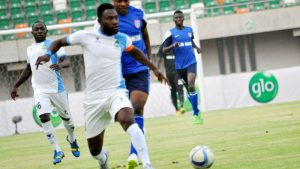 Meanwhile, the captain of NUFC, Emmanuel Makama has responded to the order of their TA by saying that they are going all out to grab the three points as ordered by their boss, stressing that it will be good starting the league in a winning note.

However, Mr.Abdullahi Osanga, will be going through baptism of fire as this will be his first league match since he assume office as the chairman of the club. 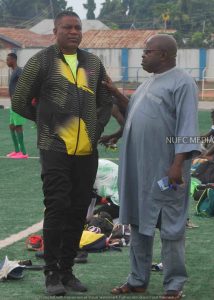 It will be recalled that, Nasarawa united battle relegation last season but escape at the last game of the 2018/2019 league season, but went ahead to win Ahlan preseason tournament trophy in Kano ahead of the commencement of this new season.

You will further recalled that Nikyu will be playing against his former team, the club he left to return to Nasarawa united,