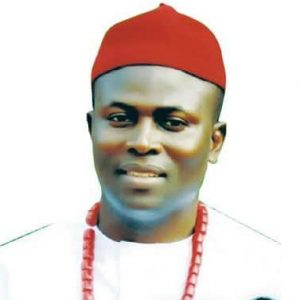 The Pan Igbo cultural group, OHANAEZE NDIGBO GENERAL ASSEMBLY WORLDWIDE, has commended President Muhammadu Buhari on the successful Reconstruction of Akanu Ibiam International Airport, describing it as a landmark project that Ndigbo will forever remember and be grateful to him and his government.

This is contained in a press statement made available to newsmen in Abuja Sunday by the President General of the group, Barr Basil Onyeachonam Onuorah following the news of preparations for commissioning and reopening of the N10 billion projects completed at record time. “Never in the history of Nigeria has any other government demonstrated sincere love and concern in improving infrastructural project in South East part of the country the way President Buhari is doing”, the statement read.

The statement stressed that in spite of millions of projects competing for the limited resources at the disposal of Federal government of Nigeria, Mr President prioritized the reconstruction of the Akanu Ibiam airport to address the existing safety and security concerns to flight operations as well as to ensure that fair share of Ndigbo in developmental program of government. “What else proves inclusivity of a government more than that?” The statement queried.

“Several governments have come and gone but none considered it worthy of embarking on this wonderful gesture for the people of the zone. But within a space of few months the airport was shut down, meticulously reconstructed and fully completed at record time. It is important that Ndigbo begins to identify with leadership that actually cares for them. Governance is not about sloganeering and lip service. It is about identifying challenges of a people and addressing it”. The statement analysed

In addition, the group urged Ndigbo to troop out in masse to welcome and cheer the Federal government delegation as the airport is being commissioned for full business resumption as according to them ‘appreciation of gesture opens door for more’. It is a thing of joy, pride and unending euphoria that as international flight operations are about to commence in the country after covid 19 pandemic lockdown, that indigenes or visitors to the region can now conveniently fly safely from any part of the world to their home directly with minimal body contact as the corona virus prevention protocol demands.

The statement further thanked Mr President for his focus and commitment in administering the nation as according to Ohanaeze, it takes an unbiased, detribalized and patriotic leader like Buhari to identify and execute people oriented and live-touching as this airport projects.

“While praying that Almighty God in his infinite mercy continues to bless Mr president for the excellent services he is rendering for Ndigbo in particular and entire people of Nigeria in general, the group called on Mr president to ensure speedy completion of second Niger bridge and other key Federal government projects in the zone as that will re-write his name in gold” the statement concluded.