By Steve Ibem (Abuja) The alleged defection of the former Managing Director of Niger Delta Development Commission, NDDC, Mr Timi Alaibe from the All Progressive Congress, APC, to the Peoples’ Democratic Party, PDP, has been described as a big loss to the APC family. A prominent member of the party, Dr Piriye Monday made this […]

By Steve Ibem (Abuja) A civil society organization has expressed satisfaction with the achievements of President Buhari in his first four-year tenure, describing them as most laudable, surpassing that of any previous leader. The organization, which is known as Presidential Support Committee {PSC} an umbrella body of all Buhari support groups in Nigeria, expressed this […]

BY CHIEF MIKE OZEKHOME,SAN,OFR,FCIArb,Ph.D The announcement by INEC,that the Osun state election conducted on Saturday,22nd September2018,was inconclusive and the fixing of 27th of September for a so called rerun,is a dangerous subversion and travesty of the electoral process,a blow to our hard earned constitutional democracy and an ominous sign of the farce to expect in […]

James Galad. Port de Djibouti SA which owns 66.66 per cent majority shares in the Doraleh Container Terminal (DCT) has been nationalised by Djibouti. Djibouti cited an order from the president “to protect the fundamental interests of the nation and the legitimate interests of its partners” as reason for taking full control of the company. […]

By Sunday Ochai. The All Progressives Congress has shifted the presidential direct primary election earlier scheduled for Tuesday September 25th, to Thursday September 27th. The party announced the shift in a statement today. It urged all duly registered party members to collect their permanent membership cards from their respective wards. It was the second time […]

By Reuben Nwankwo. Dr Baru, GMD of NNPC   The Management of the Nigerian National Petroleum Corporation, NNPC on Friday denied runing any opaque account with the commercial banks and therefore has neither $470.5m nor N8billion of its money hidden anywhere. The state owned oil company was reacting to a sensational report by the Inspector […]

By Ochai Sunday. Emefiele, CBN Governor   The Central Bank of Nigeria, CBN has acuired 21 per cent shares of Federal Government in the Nigerian Security Printing and Minting (NSPM) in a deal expected to contribute over N17 billion to the national treasury. The Director General of the Bureau of Public Enterprises (BPE), Mr. Alex […]

By Pascal Emeka Hon Al Hassan Ado Doguwa, Chief Whip of House of Representatives Death has occurred of Alhaji Ado Garba DOGUWA, Father to The Chief Whip, HR Alhassan Ado Doguwa. Aged 88yrs, He died in Mecca KSA while on pilgrimage after a brief illness. Late Alh. Ado was an active politician in the 1st […]

By Joseph Adefemi The Osun State governorship election held on Saturday has been declared inconclusive. Announcing the results of all the political parties where the candidate of the Peoples Democratic Party, Senator Ademola Adeleke, had the highest number of votes, the State Returning officer, Mr. Joseph Adeola Fuwape, declared that Adeleke did not meet the […]

Transparency, Transformation And Repositioning At NSCDC 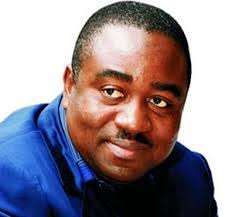