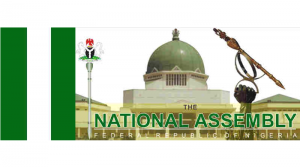 One of the issues that attracted undue attention, dominated the news media and caused a stir in the Nigerian polity as 2018 was winding down was labour unrest of staff of National Assembly (NASS) under the umbrella of Parliamentary Staff Association of Nigeria, PASAN. It generated attention, not because it is bizarre to see workers embark on strike but because of the circumstances surrounding the whole action, its pattern and timing.

PASAN first picketed National Assembly complex in protest of what they described as non-implementation of Consolidated Legislative Salary structure, COLLESS approved since 2010 among other issues, in so doing forcefully locked up entrances to the legislative chambers of the Senate and House of Representatives, preventing both chambers from holding plenaries.

As if that was not enough, the protesting staff threw decorum to the wind and caused a considerable disquiet in the customarily serene environment, which is quite unbefitting for a law-making office environment. While some were fretting, yelling: ‘Omolori must go’ others, ‘No alert no sitting’ among other provocative exclamations. Placards of various inscriptions like ‘Say no to consultancy, Omolori is a contractor’ etc. were also conspicuously carried about.

Man’s greatest gift is common sense of judgement. Therefore it irritates the mind when individual, expected to exhibit that sense of reasoning and do things that befits society, do the opposite. Embarking on a protest that led to a sudden shut down of legislative assembly, as we witnessed it, and even on a warning strike, is to say the least provoking, this is especially so not when there was an on-going negotiation to reach accommodations. Indeed it defiled rational thinking and rendered the strike illegitimate.

However, the action is a clear confirmation of the conspiracy theory that it was sponsored by some blacklegs who are not comfortable with the management of the National Assembly and will to go any length to cause crisis in it. Otherwise, how can one explain the fact that a group of workers whose salary issues are still being processed will go ahead to protest and embark on a walkout especially given the transparency in the whole matter.

Also why were most of the verbal attacks directed at the Clerk of National Assembly, Alhaji Mohammed Sani-Omolori, during the protest, calling for his removal, if not for mischief making? In fact, available information indicates that CONLESS issue has been on since 2010 without implementation. It is even when the present CNA assumed office, that effort to implement it started receiving serious attention.

Worst of all, the protest was carried out beyond a reasonable limit, climaxing unfortunately on excessive abuse of rights and privileges of Senators, House of Representatives members as well as some other key NASS officials.

From all indications, the entire hubbub is the handiworks of a few disgruntled elements within the system that are envious of the progress so far made by Omolori led management and therefore want him sacked. Consequently, they have buried their objectionable plot under strike and it is high time they take meaningful step to re-build cordial relationship with the management of NASS before it is too late.

Statements, they say are either made or implied. The insistence of PASAN to embark on industrial action in defiance to the logical appeal of the CNA, infers that there is more to the issue than meets the eyes.

For the benefit of those that have not been following the development, PASAN, the umbrella body of staff of National Assembly, following short notice it gave NASS Management went on strike on Monday, 4th of December 2018.

In a bid  to the avoid the strike, the Clerk of NASS Alhaji Mohammed Sani-Omolori had pleaded with the workers, giving them cogent reasons why they should give room for more dialogues to allow for more time for management to settle all issues in dispute.

In a seven-page letter addressed to the staff through the Parliamentary Staff Association of Nigeria (PASAN) dated Nov. 3, the Clerk had expressed concern that despite efforts by the management to address issues raised by them, they still insisted on embarking on the proposed strike.

On the payment of 28 per cent increase in Consolidated Legislative Salary structure, CONLESS, one of the request by the union, the Clerk said a committee made up of management and PASAN was set up to study, review and advice on the way forward, adding although the payment was captured in 2018 budget, but the level of implementation in terms of release of funds had made it impossible to pay additional 28 per cent.

“This situation has been well discussed, and I am aware that PASAN officials have investigated and verified this fact from the Federal Ministry of Finance”, he said.

On the non-release of some promotion letters, upgrading, conversion and other establishment matters, he said of the 589 letters of promotion, conversion and upgrading, 562 had been released to beneficiaries.
“The 27 pending ones have issues of promotion into non-existent vacancies, conversion of staff to other cadres in breach of extant guidelines approved by National Assembly Service Commission (NASC). Also, there are wrong effective dates of promotion and/or conversion, suspicious career progression records and questions concerning consultancy cadre,” he said.  He expressed concern that PASAN had not exhausted all options before threatening to embark on the strike. “Your determination to embark on industrial action by all means without exhausting the options available to you is uncalled for.

Despite attempts to persuade workers not to picket or go on strike, they kept to their threat and made it real by barricading all entrances to NASS and disrupted normal legislative business.

It is therefore necessary to once again call on PASAN to toe the path of rational thinking and allow peaceful settlement of their grievances to prevail, failure of which their effort might be counter-productive. The disadvantage of not exhausting the peaceful approach is far reaching. One, individuals in sympathy with NASS staff who may have wished to help in resolving it might grow impatient and stop. Secondly, most of the steps PASAN has so far taken have run foul with the law and lost legitimacy- all the good intentions that it is meant to achieve in the action have been lost.

It is therefore in the best interest of PASAN to work towards rebuilding that cordial working relationship that has existed in NASS. To jaw, jaw! Is better than war, war!