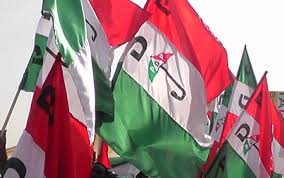 The Board of Trustees (BoT) of the leading opposition political party in Nigeria People’s Democratic Party PDP, Thursday met in Abuja to resolve the leadership and other internal crises rocking the party.

The Chairman of the BoT, Walid Jibrin, in his remarks at the meeting held at the PDP national secretariat, said that it became necessary to tackle numerous problems requiring the attention of the highest advisory body and conscience of the party.

He added that now is the right time for PDP to put its house in order to enable it prepare for its upcoming elective convention for the election of its national leaders, as well as prepare for the 2023 general elections.

“In order to achieve complete success, we must do away with personal interest and unnecessary in-house fighting, capable of killing the objectives set by the party.”

He pointed out that the board must look critically at the party approved organs, advising all to wake up by functioning very well, in order to fulfill the dreams of PDP’s forefathers.

“In the light of the foregoing, it is very important therefore, that the BoT being the conscience of the party, must today come up with necessary strategy for election of our national leadership, based on free and fair election that will produce credible and competent officers of our party,” he said.

Mr Jibrin noted that the BoT was always ready to listen to any group, committee, or individual with good intentions for the party, aimed at promoting peace and unity in PDP and Nigeria.

He urged the BoT to put their collective interest ahead any personal interests, in making sure that PDP new leaders emerge only through free and fair election at the national convention.

“There is also need to take a firm stand to drastically reduce suits by aggrieved members, by following procedures enshrined in the PDP constitution, before referring any matter to court.

“Anyone that takes the party to court should be seriously disciplined,” he said.

Mr Jibrin, a former senator, stressed the need to look at why many past PDP national chairmen, Audu Ogbeh, Okwesilieze Nwodo, Bamanga Tukur, Ahmed Mua’zu and Ali Modu Sheriff, did not complete their tenures successfully.

“We must sit with the national chairman and the NWC, to come out with decisions that will make our party strongest.

“While truth is bitter, we must cope with the bitterness by taking serious actions to handle this situation,” he added.

Mr Jibrin also disclosed that he had completed all arrangements with the PDP Governor’s Forum, the National Assembly Caucus and Forum of State Chairmen, for effective consultation on the way forward for the party.

In his remarks, the PDP National Chairman, Uche Secondus, said the meeting was critical, not only for members of the NWC, but the entire PDP.

Mr Secondus added that it was time for the party to brace up and come out very strong and even stronger.

“I believe that in every human endeavor where there are issues, the issues must be tabled, discussed and solutions proffered. Those solutions will make our party strong,” Secondus said.

Briefing the BoT on the state of the party, including the pending congress in nine states, Mr Secondus disclosed that the reconciliation committee had done great work in Plateau and Niger.

He pointed out that for the remaining states, forms were being sold to those who wanted to contest.

The party Chairman said that after the state congresses, PDP was looking forward to a smooth and peaceful convention coming up in December, adding that the office of the national organizing secretary was already preparing.

“Soon, the schedule of events, timetable and others shall be presented before the caucus, BoT, NEC and all organs of our party for action, leading to the convention,” he said.

On the seven deputy members of principal working committee of the party that resigned, he said the NWC met them on the day they tendered their letters.

“We also met with them on Wednesday. We quickly deployed the internal conflict resolution mechanism so that the issues are not escalated to the point that our party will be greatly damaged.

“You are aware that the national youth leader took a stand that is outside the conduct of our normal process of settling grievances.

“We believe that issues of this nature must be handled quickly and swiftly, so that we can get back to the business of conducting free and fair conventions for a smooth transition,” he said.

Mr Secondus said that anything contrary to the smooth running of the party in the remaining three months would not be good for the PDP.