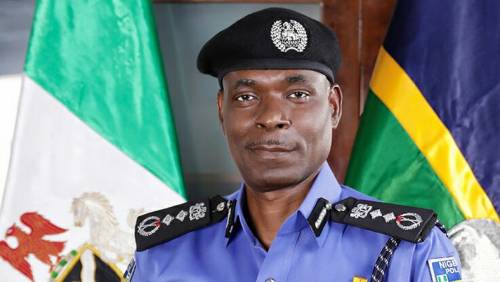 The Director General National Taskforce for the Prohibition of Illegal Importation/Smuggling of Arms, Ammunition, Light Weapon, Chemical Weapon and Pipeline Vandalism (NATFORCE) Chief Osita Okereke OON has called on President Muhammadu Buhari and the Inspector General of Police (IGP) Mohammed Adamu to call police monitoring team headed by ACP Elema and his men to order alleging that they have been sponsored by smugglers and gunrunners to destabilize Natforce.

Chief Okereke bared his minds to reporters yesterday during an interview in Abuja. He berated the activities of IGP monitoring team alleging that they are working in cohort with some groups to intimidate innocent law abiding citizens like Natforce. For him there is a conspiracy to give a dog a bad name in order to hang it.

Chief Okereke who expressed shock about the activities of the team who has been working against the good cause of Natforce to eradicate illegal importation of firearms into the country  alleged that they are masterminded by a retired Deputy Inspector General of Police (DIG) Philemon Leha who according to him, claimed to be the Director General of the national taskforce.

He further alleged that the self-styled Director General has never worked with the national taskforce informing that the man was a commissioner of police in Anambra state around 2011 or thereabout. He claimed that it was a period when his personnel apprehended a lorry load of arms and ammunition imported into the state from a neighbouring country and handed such to Police for prosecution which they compromised under the then leadership of retired DIG Philemon Leha.

According to him, “Natforce has made several arrests in some parts of the country and recovered arms and ammunition illegally imported into this country, handed them over to police for prosecution and wondered where they have gone against the laws of the land.

He Commended IGP for the good work he is doing in the force even as he revealed that last April IGP had issued signal to all the Police command in the country for the protection of Natforce personnel.

According to Chief Okereke; “the police had in the month of April this year disrupted our peaceful meeting in a hotel after which Natforce personnel were detained for 10days and were later charged to Court in Abuja.

“The matter which has been before the Chief Magistrate Court Wuse Division, Abuja has suffered several adjournments as a result of the inability of the police to produce witnesses, and so, the magistrate in her wisdom struck out the matter. However, the police took the same matter to Federal Capital Territory High Court Apo, Abuja with charge No CR/6/19.

“The new charge against us by the police is unlawful possession of firearms. How can we promote the same thing we are fighting against, it is not possible, somebody s playing a script written by another person. The same firearms which we recovered and handed over to the police for prosecution are being used against us in the Court of law. It is unbelievable” he said.

‘IGP Monitoring team should leave us alone to do our work; we are presence in all the states of the federation using our personal resources to do our work for this country and for humanity.”

“That is why we are using this medium to call on President Muhammadu Buhari, the Inspector General of Police and all well-meaning Nigerians to prevail on the monitoring team to stop these incessant harassment and intimidation.”

“We are law abiding citizens of this country, we don’t want to have problem with the police, we have been doing our work of preventing illegal arms and ammunition business for over 10years, and we have paid our dues for this country.