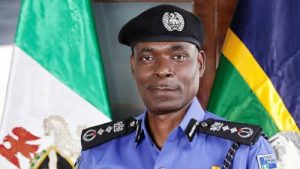 The Nigeria Police on Thursday summoned the National Coordinator of Coalition of Public Interest Lawyers and Advocates COPA, Mr Pelumi Olajengbesi, over his coalition’s petition against the Minister of State, Mines and Steel,Mr Uchechukwu Ogah to Economic and Financial Commission EFCC alleging Forgery.

The coalition had, via a letter dated May 20, 2020 sent by Olajengbesi, a lawyer and Principal Partner, Olajengbesi & Co Law firm, asked the Economic and Financial Crimes Commission to revisit the case of alleged forgery and financial crimes involving Ogah.

According to the group, one Mrs Bridget Adeosun, brought a report that she initiated a forgery complaint to the EFCC against the minister, and no action had been taken on the case by the anti-graft body even almost two months after it sent a reminder dated February 24, 2020 to the agency on the substantive petition against the minister.

Olajengbesi, based on the directive of his group had made a written demand that asking the EFCC revisits and investigates the forgery allegation against the minister.

However, Ogah had denied the allegations and had written to Olajengbesi, describing the coalition’s petition sent to the EFCC as libellous, demanding a retraction and a public apology.

In a statement  made available to newsmen, Olajengbesi, said he was invited by the police following a criminal complaint by the minister and that he honoured the summon at the Force Criminal Investigation Department of the Nigeria Police Force in Abuja, adding that the police was professional in handling the matter  as such, granted him bail on self-recognition

But despite the development of police involvement, Olajengbesi maintained “resolute on the path I have taken on this matter” insisting that “the review and thorough investigation of the allegations made against Mr Uchechukwu Sampson Ogah.”said Olajengbesi “being a minister under the anti-corruption government of Mr. President, must therefore be held up to the highest test of integrity through private and institutional scrutiny.”

He added, “I am undeterred and cannot be bullied into silence over this matter as what is right must not be defeated by a display of cowardice to the status of the accused.

“Several calls have been made to my phone by unknown and faceless individuals perhaps in a bid to intimidate and harass me into silence on this matter, but while such antics are predictable, it is poor statesmanship on the parts of those unidentified individuals seeking to stop a call for an investigation into allegations of corrupt practices on the part of a serving minister of the Federal Republic of Nigeria.”

Going further, he added that his group, COPA, was “adamant on the call for the re-opening of the criminal investigations levied against Mr Uchechukwu Sampson Ogah, State Minister for Mining & Steel, as only its review and conclusion can satisfy public interest and policy.”

He maintained, “The spotlight and attention is therefore on the Economic and Financial Crimes Commission  and the Nigeria Police to act decisively and without prejudice on the allegations and verifiable material facts before it in this matter in order to restore sanity to the system and shore up public trust.”

Further expressing his determination in the pursuit of the matter, he added that his group would not fail to institute legal action “to compel and mandate the Nigeria Police Force to conclude the matter it has taken to court against the honourable minister.”

Prior to this, in 2011, the Managing Director, Mut-Hass Petroleum Ltd., Bridget Adeosun, had petitioned the EFCC alleging that Ogah forged her signature on a document to validate a nonexistent Memorandum of Understanding between his company, Masters Energy Oil & Gas and Mut-Huss Petroleum.