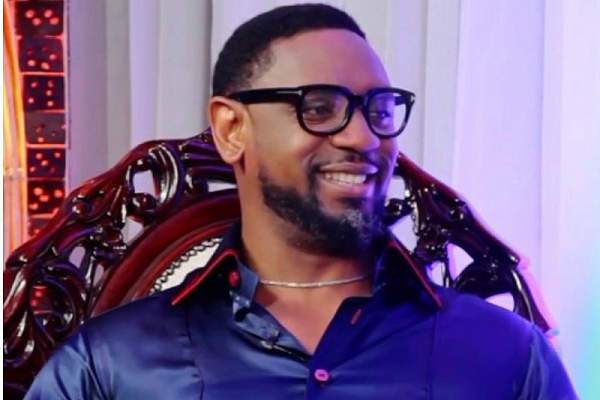 A Non-Governmental Organization, Christian Prevailing Movement (CPM) has urged the founder and Pastor of the Commonwealth of Zion Assembly (COZA), Rev Biodun Fatoyinbo, to remain focused on his divine callings by the Lord Jesus Christ in the aftermath of his court victory over rape case instituted against him by Mrs. Busola Dakolo.

The group also said the court’s judgment decision which discharged and acquitted the popular man of God has vindicated faithful members of the church for standing by their founding pastor while the storm lasted and urged COZA members to equally continue to remain steadfast in their faith.

This was contained in a statement signed and issued in Abuja at the weekend by Isaac Okonkwo, the Publicity Secretary of the organization while congratulating the Church and her Pastor. CPM said the outcome would strengthen and increase COZA in grace and on all sides.

CPM stated that, “We congratulate the Senior Pastor of COZA, his family, friends and the loyal members of the Church who refused to abandon the Church and their Pastor. The victory, no doubt, will help Pastor Fatoyinbo to be more committed and dedicated in his service for the Kingdom of God”.

The statement further affirmed the position of members of the Church who stated that “We have absolute confidence in our God-sent father, mentor, counselor and great servant of God, Reverend Biodun Fatoyinbo. “COZA members made a righteous choice to stand by him in the days of his adversity and the pains of public humiliations over claims which, according to the Judge ‘carries more cruelty in them than justice’ We thank God for justifying His servant and for not allowing the will of the adversary to prevail over him and the huge heavenly ministerial assignment He entrusted in his hands”, CPM maintained.

The organisation which among other things advocates peace and unity of the Church in the country posited that “From the beginning, we insisted against the earlier argument of his lawyers to have the case thrown out as a result of its ‘frivolous and borders on extreme wickedness’ because we wanted the whole case to be heard by all because we have been fully and firmly persuaded that Fatoyinbo, is innocent.

“We are however pleased the way the case eventually turned out. The Honourable Justice’s judgment saying ‘It is for the reasons I advanced herein before that I declare this action as a vehicle of injustice, judicial intimidation and thorough abuse of judicial process carrying in it an overload of dormant claims and injustice. It must and is hereby dismissed…’

According to the Judge, ”there is no escape route for the Claimant’s claims. They are all statute barred and the doors of this Temple of Justice are permanently shut against them. Forever and ever they can never be revived, litigated and/or ventilated”.

“We completely agree with the Pastor that this victory belongs to the Church of Jesus Christ and that he bears no grudge against those responsible for the trauma and public humiliations he and the Church suffered along with his immediate family. Our prayers include but are not limited to the healing of the wounds and genuine repentance of those who were used in one way or the other to attack the Church that our Lord Jesus Christ built with His precious blood.

“We are not unaware of the threat of Mrs Busola Dakolo to proceed to the higher courts on appeal. We however counsel her to accept the historic verdict in good faith. To us it is a case of no vanquished and no winner. However, if she insisted on appealing the matter, our God who delivered his servant from the bear and lion shall surely deliver him from any Goliath that stands in his way in Jesus Name.

“We are against Christians taking themselves to court because it is not Biblical and there are processes of reconciliation plainly stated in the Bible. We are the light of the world. We are in the world but not of the world. There are more persecution in the country already. Why then should we Christians be complicating matters by fighting ourselves?

“COZA is the Church of Jesus Christ and He has prayed that the gate of hell shall not prevail against her. The Church in Nigeria is marching on to victory over all forces of darkness in Jesus Name. Our God whom we trust will not fail us”, the group maintained.