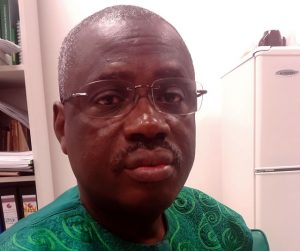 A member of the House of Representatives, Hon kwewum Shawulu has cautioned players in the political space against overheating the system with inordinate pressure of reopening National Assembly NASS, when members are expected to be enjoying their due recess saying there is nothing suggesting that INEC budget is urgent.

“All over the world Parliaments have their recess and since 1999 when this democratic dispensation started, NASS has always had their annual recess this period. There is nothing strange or abnormal for in this case for anybody to raise dust” Hon Shawulu  stated

Speaking recently in Abuja to a source available to Instant Africa, Hon Shawulu who is the House committee chairman on Army  also condemned the siege laid by the men of the DSS on NASS insisting that the pressure being mounted by politicians mainly of the ruling All progressive Congress to reopen the National Assembly was unnecessary.

“The budget document came two days before the day we were suppose to start our annual recess. Even if there was no issue there is no way we would have concluded work on it before proceeding on recess. All these hue and cry that we should reconvene as far as i am concerned is for different intention” He added.

“In all fairness as concerned we have started work on the budget at the committee level which is where the main technical issues are. When we resume, we will simply look at it in plenary session and pass it without delay”. He concluded.