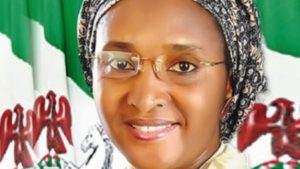 Following the Senate Committee on Public Account’s Summons inviting the Minister of Finance Mrs Zainab Ahmed and the Accountant General of the Federation, AGF, Mr Ahmed Idris, over what they described as secret withdrawal of N7.5billion from Account of the National Automotive Design and Development Council, NADDC in Central Bank of Nigeria, CBN between year 2000 and 2006, a group of political activists under the auspices of APC Stakeholders Network, ASN has cautioned the Senate committee to go after the substance and not the shadow referring to inviting Minister and the AGF as diversionary.

In a press statement the group issued in Abuja Wednesday and signed by its National Coordinator, Barr Gbenga Babafemi, the group queried the rationale behind inviting the Minister and the AGF for withdrawal made between 2000 and 2006 when they had not been appointed Minister and AGF respectively. “If any probe is to be carried out on this matter, it is those that were president, Minister and AGF at that time that should be invited” the statement read.

“And come to think of it, why is the Senate committee on Public Account just waking up from slumber? What have they been doing since year 2015 that the audit report exposing the so called secret withdrawal that they are just bringing up the matter now? And what has the Auditor General of the Federation, AuGF been doing that it took it 9 years to report the alleged withdrawal?” The statement serially queried?

The statement pointed that if anybody should be sanctioned for this matter, they should start from senate Committee on Public Finance and AuGF for negligence before searching for any other scapegoat. The law stipulates that AuGF should carry out Audit  within 90 days from the day the Accountant General submits the statement of accounts.

“The Senate should be reminded that it was under PDP administration of former President Olusegun Obasanjo that those financial transactions took place. This is APC Administration that carry out Government business with utmost transparency. Fortunately, the Chairman of the senate committee on Public Account is a PDP member. He should invite his party and those who played various roles in government that were involved in the withdrawal to come and answer questions connected to it” the statement added.

“CBN, as we know is an autonomous banking institution, a regulator of the nation’s banking industry and custodian of nations monetary policy issues. Since it has written approval from the President and Commander in Chief of the Armed Forces to withdraw money and give some government institutions as loans on a given date, I wonder why such transaction should be described as ‘secret withdrawal’. It is for the sake of transparency that CBN recorded the movement of those monies. Otherwise, as a bank, it can just remove money from its reserve and give as loan to the designated organisations without necessarily stating which agency of government that owns it. There is no law that stated that CBN should seek senate permission to carry out its duties of which issuance of loans is one.

“For us in APC Stakeholders Network, the Senate Committee should concern itself on mandating the CBN to redouble efforts to recover the loans and stop this unnecessary summon. The finance Minister and AGF are very busy and engaging Government Functionaries that should be allowed to concentrate in their duties. Inviting them to answer questions or produce documents relating to withdrawal made between 2000 and 2007 when they had not come to office is unnecessary and tantamount to bringing ones pig to the wrong market”.

The statement also advised the Senate under the able leadership of Dist. Sen Ahmad Lawan to call the Senate Committee on Public Account to order, “Leaving behind those that are privy to the said withdrawal to invite the Minister and AGF who are not aware of what happened contradicts common sense and typifies administrative witch-hunt that must not be tolerated” the statement concluded.