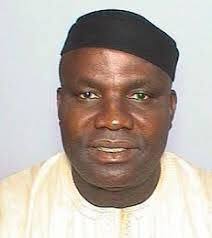 The Senator representing Ondo Central in the upper legislative chamber of National Assembly and Chairman Senate Committee on Ethics, Privileges and public petitions Sen Ayo Akinyelure has described as false and malicious a publication of 3rd August 2020 on Nation newspaper where United Bank for Africa (UBA) made an allegation against him and his committee on indictment of Mr. Toney O. Elumelu in a (N41,000,000,000) (Forty One Billion Naira) fraud relating to NITEL in liquidation.

According to the senator, there are two separate petitions relating to NITEL/MTEL before the senate committee on Ethics privileges and public petitions for consideration.

The above transaction was not a subject of court action at all and therefore the committee only called UBA Plc management to come and justify their actions for not providing tickets for un-authorization withdrawals and to show court processes if any on the above that will justify the committee from further investigating the circumstances for non-reversal of outstanding amount back to the customer’s account. This was the basis of the committee’s action to call the Group Managing Director of UBA Plc to appear before the Committee on 5th August, 2020 to demonstrate to Nigerians that the 5 items described above is also before Supreme Court for adjudication. The Liquidator also ascertained that they are not in Court with UBA Plc on all the 5 items described above. “My action as the Committee Chairman in addressing the press is to distinguish between the 2 cases and not meant to cause malicious damage to the Management of UBA Plc, having invited them for a closed-door meeting twice to resolve the issues without success. My media briefing therefore is never intended to blackmail or cause any malicious damage to the reputation of UBA Plc or any of its officials but our responsibilities to the whole Nigerians as democratically elected representatives of the people in the legislature to fight for their rights where we feel that their rights have been infringed upon. My attention to the press is based on the documents that originated from  UBA Plc itself via a letter referenced No: UBA/Audit/I&FM/15/722 dated September 18, 2015 addressed to EJAAC & partners Limited, Benue Plaza, Plot 72, Kar Mohammed Way/Ahmadu Bellow Way, CBD, Abuja” Senatoe Ayo stated.

The senator reiterated that his position as the chairman of the senate committee of Ethics, privileges and public petitions is to use alternative dispute resolution to resolve issues as much as practicable in the interest of all Nigerians and call on UBA Plc management to offer explanation necessary to resolve this issues permanently without further delay. In concluding, the senator added that he also used this medium to let the public know that due to ongoing annual recess of the National Assembly the scheduled public hearing slated for today 5th August 2020 has being put on hold till further notice.