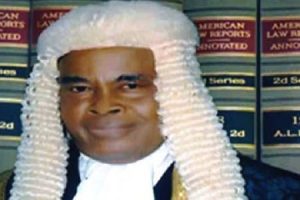 Justice Sylvester Nwali Ngwuta of the Supreme Court of Nigeria has died.

According to the information made available to TheNigerialawyer Justice, Ngwuta died on Sunday morning.

A source informed TNL that he died in his sleep at his official residence in Abuja.

Justice Ngwuta was getting set for his retirement from the Supreme Court on March 30, 2021 upon attainment of 70 years mandatory retirement age.

Ngwuta was born in 1951 and was among 7 Judges whose houses were searched in 2016 by Department of State Security Services in what was described as a ‘sting operation’ and large sums of money discovered. He was subsequently suspended from the Supreme Court but was later cleared of allegations and re-instated.