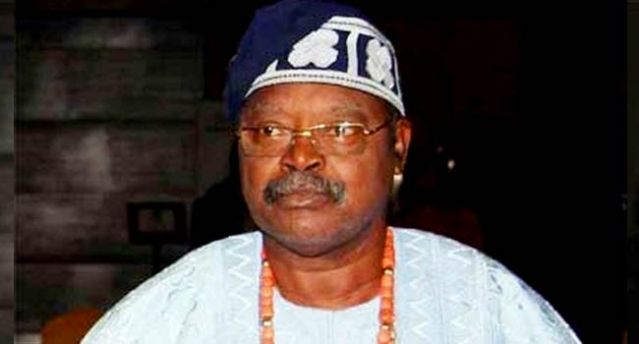 The Sports Writers Association of Nigeria (SWAN) has received with deep shock the death of a former Chairman of the defunct National Sports Commission (NSC), Chief Alex Akinyele following a brief illness.

SWAN remembers with nostalgia his huge contributions to the growth of sports in the county when he meritoriously served as the Chairman of the then NSC between 1991 and 1993.

Under his regime Nigeria made a lot of impact in the global sports scene which included but not restricted to the winning of the maiden edition of the African Women Championship by the Super Falcons in  1991, FIFA U-17 World Cup in 1993 as well as our strong presence at the 1992 Olympic Games in Barcelona, Spain.

In a press release made available to Instant Africa sports and signed by the Secretary General, The Lobosin of Ondo Kingdom was also instrumental to the sterling performance of Nigeria at the 1994 African Cup of Nations (AFCON) in Tunisia where the country won the trophy.

The 81 year old was equally the first person to be appointed as the Executive Chairman of the NSC by the then Military President, General Ibrahim Babangida.

Prior to his appointment, the NSC was a unit under the Ministry of Sports.

The National Secretariat recalls that during his time, Chief Akinyele was also a staunch supporter of the Association and was the Chairman of the 2nd edition of the SWAN Nigeria Sports Awards in 2008 in Akure, Ondo State.

His last official outing for sports was when he chaired the launch of the book, “Super Eagles.. Through the Ages.

SWAN asked God to grant his family and associates the fortitude to bear the loss; and urge sports administrators to tap from the late Akinyele’s legacies.