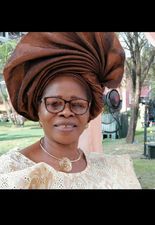 Lagos state chapter of the All Progressives Congress (APC) on Saturday held parallel congress across the state as a group led by immediate former governor, Mr. Akinwunmi Ambode, under the aegis of Akinwunmi Ambode Campaign Organization (AMCO) took a space at the Baptist Academy, Obanikoro, to conduct the exercise.
The congress, which has since commenced as at the time our reporter left the venue, produced Mrs. Beatrice Omotayo Tugbobo as the APC chairman and Barrister Wasiu Adeyemi Sulaimon as the state Legal Adviser, being the only candidates standing election for their respective post.
Speaking with newsmen, Tugbobo, who admitted that there were factions in Lagos APC, asserted that the exercise, taking place was being conducted in line with the party’s constitution, which she said stipulated that the congress could be held by consensus arrangement or election.
“According to the constitution of APC, you can conduct your congresses whether by consensus or by voting and the agreement from the National Headquarters of APC constitutionally is that we hold our congresses in a consensus manner.
“Other factions can be holding their congresses elsewhere, yet we are holding our own here, which AMCO, the group belonging to former Governor Akinwunmi Ambode,” she said.
Tugbobo, while speaking on the factionalisation rocking the party, observed sadly that potentials in APC were being sidelined, pointing out that some people had been elected into offices four to five times, adding it was left for leaders of the party to sit down and address the germane issue.
“That’s left for the party leaders to decide upon,” she said.
She, however, said the party in the state cannot break but become stronger, maintaining that they were the real APC.
Also speaking, Barr. Sulaimon, while also maintaining that he remained an APC chieftain, noted that factionalization within the party was not limited to Lagos alone, but across the states of the federation.
“I belong to APC, that’s one. Inside APC, not only in Lagos, but across Nigeria, we have factions and it happens everywhere, and it also happened in the past republic.
“We shouldn’t shy away from it, at the appropriate time, the leaders of the party will sit down and know how to resolve.
“So it’s a fight, it’s not a do or die affair. If you are in a faction, you must first of all belong to a political party,” he said.
Facebook
Twitter
Pinterest
LinkedIn