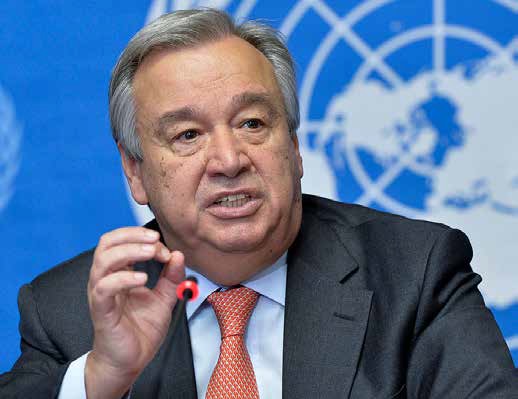 UN has warned that smugglers may now be “broadening” a death trap for migrants and refugees that could stretch from the Mediterranean to the vast Sahara Desert, the United Nations refugee agency has reiterated its call for safe pathways so that those in desperate need of international protection do not lose their lives.

The United Nations migration agency in Niger has saved more than 600 lives since April 2017 through a new search and rescue operation that targets migrants stranded in Sahara Desert, but 52 did not survive. 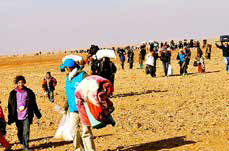 “We are enhancing our capacity to assist vulnerable migrants stranded in Northern Agadez, towards the Niger-Libya border,” said Giuseppe Loprete, Niger Chief of Mission for the International Organization for Migration (IOM), in a statement.
“Saving lives in the desert is becoming more urgent than ever. Since the beginning of the year we have been receiving frequent calls to rescue victims who embark on this route ,” Loprete added.
A 22-year-old woman was the only female among the survivors of a rescue mission on 28 May. She left Nigeria in early April hoping for a better future in Europe. There were 50 migrants on the pick-up truck when it left Agadez for Libya, but only six are still alive today.
“We were in the desert for ten days. After five days, the driver abandoned us. He left with all of our belongings, saying he was going to pick us up in a couple of hours, but he never did,” she recalled.
During the next two days, 44 of the migrants died which persuaded the six left to start walking to look for help. “We had to drink our own pee to survive,” she said.
On 9 June, another 92 migrants were also rescued through an IOM search and rescue operation; among them were 30 women and children. More recently, 24 migrants were taken to Seguedine, where one died on arrival. Among the 23 survivors are migrants from Gambia, Nigeria, Senegal and Cote d’Ivoire. It was not clear for how long they had been walking in the deserts of central Niger. They had been in a group of 75 migrants in three different cars, eventually abandoned by smugglers during the journey north.
IOM has recorded 52 deaths since it launched a new project “Migrants Rescue and Assistance in Agadez Region” (MIRAA) in April. The project will last for 12 months, and aims to ensure the protection of migrants in hard-to-reach areas while also strengthening the management of migration by the Government of Niger.
MIRAA is complementary to the larger initiative “Migrant Resource and Response Mechanism” (MRRM), which aims to bring together in one mechanism a wide range of services and assistance for migrants, including assisted voluntary return to their countries of origin and reintegration once they return.